If life and relationships were easy, the person you fell in love with, would never be the one to hurt you. We’d pick a partner for life and always love them no matter what!

But life isn’t that simple! Sadly, humans tend to fall in love with all sorts of people, and also fall out of love. Sometimes relationships end up in lifelong happiness and partnership, other times – you can’t help but run away!

Love can be so addictive it’s hard to walk away from a relationship or to tell when it has run its course. Sometimes it’s quite clear that a relationship needs to end – there is criticism, arguing, lying, cheating, verbal, emotional, or even physical abuse.

But other times there is absolutely nothing wrong with it, at least on the surface, it just doesn’t feel quite right, and you can’t shake off the feeling that you need to break up with him and move on.

It can be just as hard to break up, if not harder – when you don’t even know the reason for not feeling quite the same with the person you used to love.

1. He’s changed for the worse

We all know the feeling of meeting someone new, the excitement of getting to know them, followed by falling head over heels, unable to think about anyone else or anything else!

Love is always great in the beginning – the butterflies in the stomach, the dates, the spontaneity, the late-night texting, introducing him to your friends, first holiday together, the intimacy and the desire to only always be with that one person!

But what happens when that loving feeling, that strong infatuation from the beginning, starts to wear off and you realize that your boyfriend has slowly but surely morphed into quite a different person? Or perhaps he’s just the same guy he’s always been, it’s just that you aren’t wearing your love goggles anymore!

It can be a shocking realization that the person you fell in love with isn’t actually that great or that compatible with you. The things he says start to annoy you, you lose your patience with his same old stories, and why is she chewing so loudly all of a sudden?

You decided that he’s changed, and you aren’t that excited about him anymore? Means that you probably never really loved him that much.

Perhaps you loved the feeling of being in love, the idea of being in a relationship, the newness of it all? So now that it’s worn off, you see his true colors and you don’t really like what you’re seeing. Don’t worry, you’re not the first woman to go through this!

You can blame yourself for being inconsistent, or changing your mind about him too quickly, or getting bored – but blaming yourself won’t make you happy or save the relationship.

Owe it to him and you to simply call it quits. There’s no point dragging the relationship until you both realize it’s been over for months.

2. You’ve changed and it’s not the same anymore

Sometimes it’s him, sometimes it’s you. It’s okay to grow and change, sometimes we do it over the course of years, sometimes it looks like we’ve changed overnight. Whether it’s changing priorities, goals, a new job, a different career, or simply the desire to reinvent yourself and what you love, if the relationship doesn’t change with you, then it won’t last long.

A relationship serves a bigger purpose than just having someone to hang out with – it’s that person that is with us through the good and the bad, who knows what we want and is willing to make sacrifices to help us get the life we need.

Change can be uncomfortable, but we cannot hide it for long. Change is also exciting and if your boyfriend cannot accept it and support it, then perhaps your relationship is not as strong as you thought it was.

It’s okay to choose yourself and whatever it is you need to do next and simply walk away. The right relationship will not be stopping you from growing, it won’t be a hindrance to you changing, on the contrary – it will be with you, every step of the way.

3. He just doesn’t respect you

Alongside trust and communication, respect is up there with the most important qualities in any relationship, and it works both ways. Do you have the nagging feeling that he’s just not very respectful towards you? Does he say stuff that makes you cringe? Have your friends started making comments about his attitude?

Is he a little derogatory towards other women too?

If you feel that he is just not worth your time and love, then it’s time to walk away from the relationship. We accept the love we think we deserve. Don’t belittle yourself by accepting someone who treats you any less than a queen.

An abusive partner is not someone you should have ever started a relationship with in the first place. But if you didn’t have a clue what he’s really like and now you feel trapped, it’s time to speak out, and get out!

Share what you are going through with a friend or a family member. Are you scared he might hurt you? Whether he’s verbally, emotionally, or physically abusive – it’s just as bad! Don’t let him have that power over you. The longer you stay with an abusive partner and accept that behavior, the harder it becomes to speak out and walk away.

Being in an abusive relationship will probably make you feel worthless and helpless on a daily basis. You probably think you can’t tell the truth, or that no one will believe you if you did. You owe it to yourself to do it regardless of your fears!

If you’ve confronted him about his behavior and he doesn’t seem to be changing or realizing his bad ways, it’s time to not simply walk way. It’s time to run away!

People say that if you are in a loving relationship, you should be faithful and won’t put yourself in situations where you could meet, or get to know someone else. Let alone fall in love with them!

If only life was that simple! You love your boyfriend and you are happy with him, but another guy in your life is showing you attention and you can’t help but start fantasizing about him. What if – you ask yourself.

Is it a sign that you are unhappy and unsatisfied in your current relationship? Possibly? Or it could be a sign of a much deeper issue you haven’t resolved. There is something about this guy that you are attracted to, something that makes you think about him late at night, send a flirty text, or seek his company often.

It’s such a tough situation to find yourself in, but sometimes we meet someone whilst in a relationship and we can’t stop what unfolds. They could be a classmate or a co-worker we can’t necessarily avoid. It’s not as easy as saying “I won’t see him anymore”, if he’s just always around.

There are a few things you can do in this tough situation:

Whatever you decide to do it might feel like the wrong decision…You stay and you always wonder whether the other guy was the right one for you. Why else would you have feelings for him otherwise?

You could break up and make yourself available to the other guy only to find out he doesn’t want a serious relationship.

You could cheat on your boyfriend to try and find out whether you really want to be with the other guy. You will cause pain to yourself and your boyfriend in the process. You will break his trust which cannot be repaired.

You could break up with your boyfriend, get on with the other guy, and end up marrying him and staying together for life!

The truth is nobody can tell you what will happen in the future, but if you follow your heart and try to keep your integrity, you should be able to make the right decision.

One of the most common reasons women walk away from a relationship is because they’ve simply outgrown it. You are ready for more, and you want to be with him, but he just isn’t on the same wavelength.

If you have found yourself in a situation with your boyfriend where you want different things from life and the relationship, then that might be the sign you need to end it.

Here are some of the most common cases:

Relationships are hard. Finding the right person, who’s also on the same wavelength and similar path in life is even harder. If you’re exhausted from waiting for him to man up about you, then you need to make the tough decision to move on from him.

It takes two to tango and it looks like you need a new partner!

7. He doesn’t want to settle down

We are far from assuming every woman out there just wants marriage and children and nothing else would do, but if you want commitment and a serious relationship with him and not getting it, it’s time for a big conversation.

What is he waiting for? Is he hoping to meet someone better than you? Is he scared he will lose all his freedom? Is the bachelor life too sweet to give up?

It’s incredibly frustrating to feel like you’re wasting your best years on a guy who just won’t commit or settle down with you.

Ask yourself if the effort of trying to prove you are the one for him is worth it. Or are your efforts better directed at finding someone who isn’t a commitment-phobe?

8. Your feelings have changed

Is it the way he speaks that is starting to annoy you slightly? Is it that old hoodie he always wears around the house? Have you been a bit distant from him and avoid having sex? If your feelings have changed then you might need to walk away before you hurt him even more.

Sometimes we just stop loving someone and can’t even tell why! It happens in marriages and long-term relationships too. Whether you need some time being alone or just a break from him, talk to him about it and figure out what’s best for you.

Leaving any relationship is difficult. You choose to leave and you end up feeling horribly guilty, knowing you’ve hurt the other person. You choose to stay, and you still feel bad! It’s a lose-lose situation!

As hard as it may be to accept it, if the relationship doesn’t feel right (or is just bad!) for you, then it’s bad! Whether you cheated, or fell out of love, or actually didn’t even do anything – if it feels wrong, then it is wrong.

Only you can decide what’s right for you but remember that you wouldn’t be doing anyone a favor if you stayed and didn’t want to. 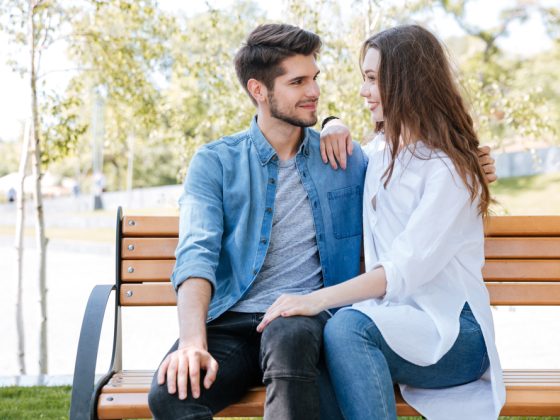 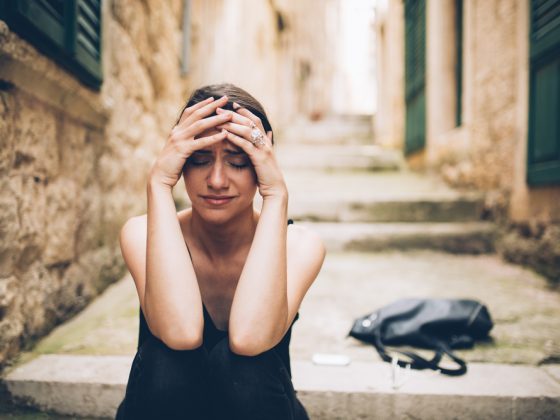 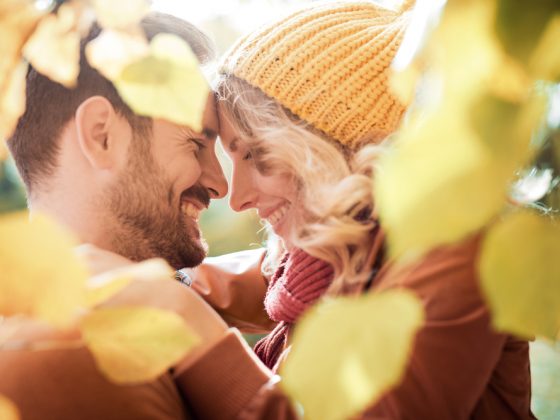 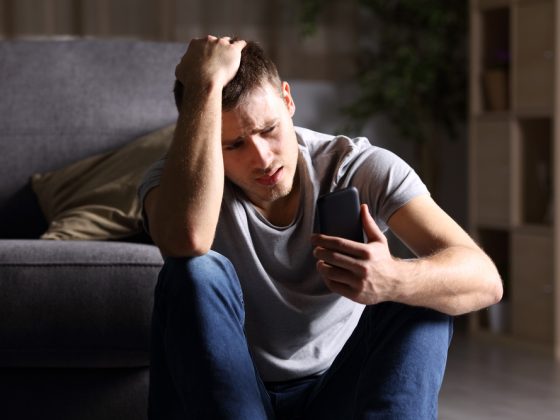