Dating and finding that special someone to be your soul mate can be a fun and crazy roller coaster.

Some dates will be absolutely amazing, and you may wish to see the guy again soon. Other dates may be a dud, and you won’t be able to get home fast enough.

When you listen to other people talking about the “mutual gaze,” you may wonder what it is and if you’ve ever experienced it.

“Mutual gaze” is when two people make eye contact that lasts for more than a second or two, and it’s obvious that the two people are very attracted to each other.

People who share a mutual gaze are usually mesmerized by each other, not necessarily by each other’s looks, but because they both feel a strong connection to each other.

People who share this special gaze often become a couple and sometimes quickly fall in love.

Is mutual gaze something that a person experiences frequently?

Some people never experience “mutual gaze” with another person, but others experience it at least once in their lives.

Mutual gaze can be considered a phenomenon because it’s not every day that you and an interesting guy end up sharing a gaze that makes you feel like you’re in a movie.

Women who consider themselves hopeless romantics believe that sharing a mutual gaze with a guy is something that is the most romantic thing ever, and in some cases, it certainly can be.

How does a woman know if she’s experiencing a mutual gaze with a guy?

It’s easy to recognize when you’re sharing a mutual gaze with a guy, as you will both stare at each other simultaneously while making eye contact.

You will likely also notice that you feel all warm and fuzzy inside and you’ll be drawn to the other person.

In fact, don’t be surprised if the guy that you share a mutual gaze with approaches you to introduce himself.

Are people who share a mutual gaze pre-destined soulmates?

Many fall in love, but some simply aren’t compatible.

However, there are circumstances when people who share a mutual gaze are, in fact, pre-destined soulmates.

Do men like romance or is romance just something that pleases women?

Many women live for romance, and they love reading romance novels, watching soap operas, and being wined and dined and treated like queens by the men in their lives.

Men are sometimes as romantic as women are, but they exhibit it differently.

While there are some men who read romance novels and watch soap operas, many men enjoy wining and dining with their significant others, buying chocolates and flowers, and having candlelight dinners.

What are some unique ways for a man to plan a romantic date with his special girl?

First of all, he could rent a hotel room with a hot tub in it and put rose petals all over the bed and in the hot tub.

He could also purchase some massage lotion and watch some instructional videos on giving a full body massage before surprising his special girl with one at the end of a long day.

What if a woman shares a mutual gaze with a guy but she’s married?

Women have feelings just like men, and just because a woman is married doesn’t mean that she can’t meet someone who she shares a brief gaze with and finds attractive.

However, if she acts on her feelings, then that’s something totally different.

If the interesting man approaches the woman, then she needs to let the man know that she’s married, but not all women in this situation will be honest and may end up having an affair.

Has a woman ever left her husband for a man she shared a mutual gaze with and ended up falling for?

This type of situation happens all the time, as many women fall head over heels for a new man and end up leaving their husbands.

In fact, some men do the same thing to their wives for another woman that they have experienced an instant connection with.

Women sometimes even leave their husbands for another man who they feel better appreciates them and gives them the love and affection they didn’t get from their husbands.

Do people ever meet on dating apps and feel instantly attracted to each other once they meet in person?

Yes, this happens quite often. People meet on dating apps and feel instantly attracted to each other after meeting in person on a regular basis.

This doesn’t necessarily mean that the two people will end up in a serious, committed relationship in the end, but they may certainly have some great sex.

Some people do get lucky and end up meeting their soulmates on a dating app, but it’s all about luck and what you’re willing to accept.

Are dating apps a good way to meet someone special or are they just a waste of time?

This completely depends on the person as well as what they might be looking for, and while one person may have met their husband that they’re happily married to from a dating site, another woman may only meet men who ask about sex before they even meet.

If you’re considering using a dating app in order to meet someone, then there is nothing wrong with this.

However, you should refrain from getting your hopes up about possibly meeting Mr. Right, because while it’s definitely possible, chances are you’ll have to go through many frogs before you get to your prince.

Is it bad if a woman shares a mutual gaze with a man at a bar?

Just because a woman shares a mutual gaze with a man at a bar doesn’t mean that the man is below her standards just because he’s at a bar. For starters, you are also at a bar, and that doesn’t necessarily mean something bad about you.

Every man that you see at a bar isn’t an alcoholic who’s out drinking and looking for a one-night-stand.

There are some decent guys who go to bars just to have a good time and meet interesting people, so if you share a mutual gaze with a guy at a bar, you might want to give him a chance.

What if a woman shares a mutual gaze with a friend’s husband?

There is no way that such a situation can have a good ending unless the woman vows to stay as far away from her friend’s husband as much as possible.

Even if her friend were to divorce her husband in the future, it still wouldn’t be acceptable for her to become involved with a friend’s ex.

Most friends have an unspoken rule to never date each other’s exes, and that should be adhered to.

What if a woman finds herself strongly drawn to a man who regularly commits crimes?

Many women find themselves attracted to “bad boys,” or guys who are criminals, and this phenomenon is still being researched to find out exactly why this occurs.

If a woman is attracted to a criminal and she doesn’t want to be, she needs to stay away from him if at all possible.

Becoming involved with a criminal is only asking for trouble, so unless the woman wants to possibly be accused of being a future accessory to whatever crimes this man commits, she needs to refrain from getting involved with him.

Is it possible for a woman to date a sweet guy who later becomes a complete jerk?

This happens to women all the time and is a major reason for many breakups.

Some guys are excellent at pretending they’re sweet and loving when they’re just wolves in sheep’s clothing.

In the beginning, they’re nice, sweet, gentlemanly, and more, but after you become involved in a serious relationship, they become abusive in some way or begin cheating.

Sharing a mutual gaze with a handsome stranger can be a big deal, and it could also be the beginning of a very loving relationship.

However, you should proceed with caution if you end up exchanging phone numbers with someone that you just shared a mutual gaze with, because just because you shared a special moment doesn’t mean that you’re necessarily meant to be.

Take your time and get to know him, and if you feel he’s a winner, then you may have just found the soulmate that you’ve been searching for. 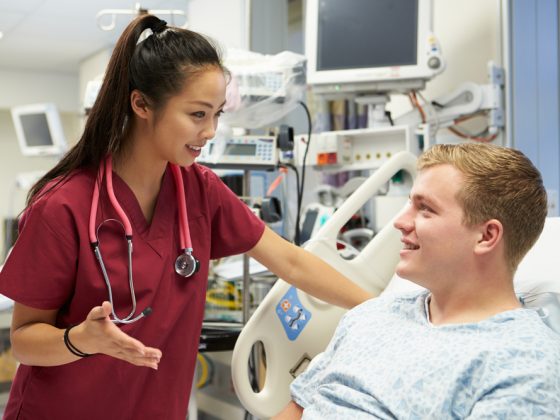 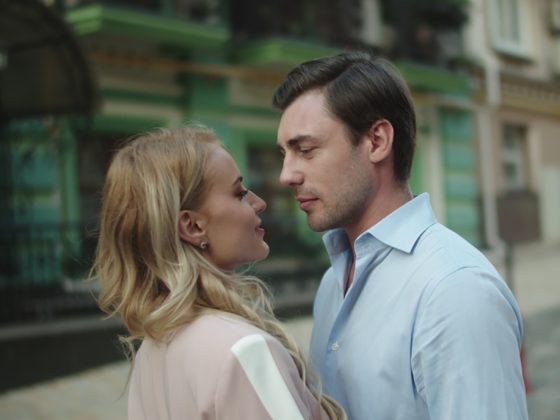 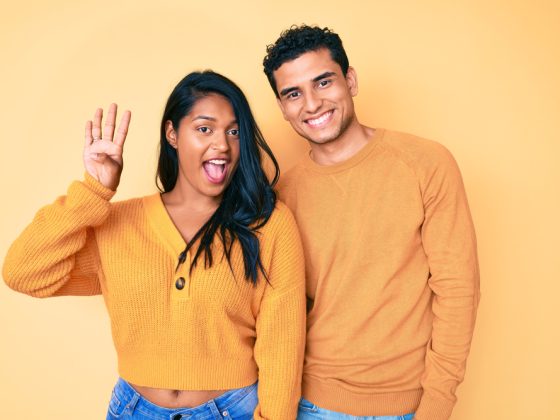 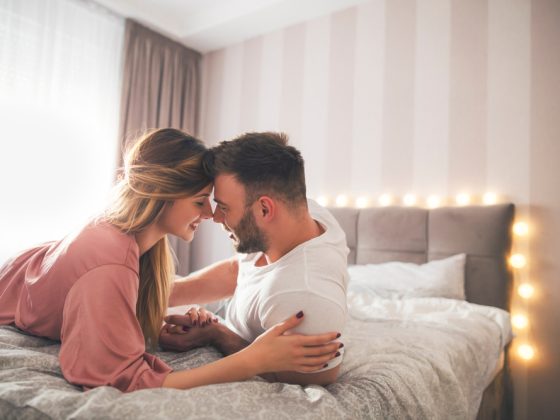