Pregnancy can be one of the most exciting times in a woman’s life, especially when a woman is pregnant for the first time.

However, for women who have never been pregnant before, the unknown can be scary, especially when new symptoms emerge that they have never experienced before.

If you’re in the last month of your pregnancy, you might be experiencing a tightening in your stomach at 38 weeks, yet you have no idea why it’s happening.

If your stomach is tightening at 38 weeks pregnant, then it means that you’re experiencing what is referred to as Braxton Hicks contractions, which are perfectly normal.

Braxton Hicks contractions are “practice” contractions that help to prepare your body for actual labor. These contractions can tone the muscles in your uterus, making labor and delivery somewhat easier.

Is it safe for a baby to be born during the 38th week of pregnancy?

While the normal length of a pregnancy is 40 weeks, not all women spontaneously go into labor at 40 weeks of pregnancy.

Some women even go into labor at 38 or 39 weeks pregnant, which is perfectly acceptable, as fetuses are considered to be full-term at 37 weeks.

A fetus’s lungs are the last thing to mature, and most babies have fully developed lungs by 37 weeks. But for women who go into labor prior to 40 weeks, doctors are able to accelerate the development of the lungs with the administration of steroidal medication if necessary.

What to expect from Braxton Hicks contractions

For some women, Braxton Hicks contractions begin as soon as the second trimester, and as long as they’re not very painful and there is no heavy watery discharge from the vagina, then they’re nothing to worry about.

Women who experience Braxton Hicks contractions will feel a few seconds of tightening in the abdominal area that will come and go periodically.

There are certain activities that can trigger Braxton Hicks contractions, such as sex, a full bladder, dehydration, and more.

What happens if Braxton Hicks contractions become regular and painful?

If you’re near your due date, then what you think are Braxton Hicks contractions might actually be early labor.

However, if you are having regular and painful contractions and you haven’t reached your 37th week of pregnancy, you need to contact your obstetrician immediately.

Your doctor will likely want to examine you to check if your cervix is dilating to determine if you’re in actual labor or not.

The average weight of a newborn

Although a newborn baby can be born weighing anywhere from 6–9 pounds, the average weight is around 7 1/2 pounds, which is about 7 pounds, 8 ounces.

There are always babies that are going to be an exception, as some may be larger than 9 pounds or even smaller than 6 pounds, especially if the baby is born prematurely.

Women suffering from gestational diabetes are at risk of having extremely large babies and must be carefully monitored during the final weeks.

What is the average length for a newborn baby?

Just like the average weights of newborn babies, lengths can vary as well, depending on many factors.

However, the average length of most babies is 19–21 inches long.

There are likely babies born who are much shorter in length if they’re pre-term and much longer in length for many different reasons.

The average length of labor

While the average length of labor according to medical textbooks is about 6–12 hours, women who have had children before are aware that this number isn’t always accurate.

There have been women who have experienced 24 or more hours of painful labor.

However, first-time mothers are likely to experience longer labor than they will with subsequent pregnancies.

Do some women really have painless labors?

Yes, some women do experience painless labor, and while other women might feel jealous and believe that these women are lucky, a painless labor could pose a threat to the baby and mother.

The woman may not be aware that she’s getting ready to give birth, and any number of complications could occur that could potentially threaten the life of the mother and the baby if the mother gives birth before making it to the hospital.

When a woman experiences pain from her labor, she knows that she must head to the hospital soon, which is usually safer for her and the baby.

Every mother-to-be is different when it comes to pain relief during labor and delivery.

Some women would never consider taking any type of medication during their labor, while others wouldn’t dare labor without an epidural.

Your doctor will provide you with options for pain relief, but you can also opt for all-natural methods of pain relief such as meditation and more.

Is having a cesarean a bad thing?

Having a cesarean delivery isn’t necessarily a bad thing, and it can actually be a life-saving surgery.

However, for women who elect for a cesarean just because they don’t want to experience labor, it isn’t always a good thing.

Vaginal births have statistically been healthier for babies for many different reasons – it helps to squeeze any fluid out of the baby’s lungs, transfers beneficial bacteria from the mother’s vagina to the baby, and more.

Benefits of vaginal births for mothers

It is also beneficial for mothers to give birth vaginally rather than by c-section.

First of all, the new mother will recover significantly faster than if she undergoes a c-section because a c-section is major surgery and comes with possible complications.

Another benefit is the fact that the mother will be more likely to have easier subsequent pregnancies and deliveries.

Unfortunately, there are many women whose doctors will automatically schedule patients for c-section deliveries, even if the mother has delivered vaginally in the past.

Doctors often do this because it’s more convenient for their schedules, and they also want to ensure that they’re the doctor that delivers the baby.

While every mother wants a doctor who has cared for her and her unborn child throughout the entire pregnancy to deliver her child, if the mother objects to the scheduled c-section, she should speak up.

Must women in their 40s automatically have c-sections?

There are many obstetricians that feel that older mothers would be better off having c-sections, but as long as the older mother is healthy and isn’t having complications, then she should be able to give birth vaginally.

There are doctors who might try to bully or scare an older woman into having c-sections, and if a woman isn’t feeling comfortable with that, then she needs to let her doctor know.

It’s never too late to switch to a new obstetrician if necessary.

While childbirth classes are very beneficial for first-time mothers who are afraid and don’t know what to expect from giving birth, they can also benefit women who are having their second, third, or fourth child as well.

A woman can never receive too much education and coaching when it comes to preparing for birth, especially if it’s been many years since her last pregnancy.

The excitement of fetal movement

Most first-time mothers won’t experience any fetal movement until at least 16 or 17 weeks pregnant, if not later in the pregnancy.

However, in women who are pregnant for the second or third time, fetal movement can be detected at around 11 or 12 weeks of pregnancy, or a few weeks later.

Doctors often state that overweight or obese women won’t notice any fetal movement until much later in the pregnancy, but this isn’t always true, as many heavier women have been able to detect movement just as early.

When can a doctor hear a fetus’s heartbeat with a stethoscope?

The heart of most fetuses begins beating on approximately the 25th day of life, or the 5th week of pregnancy.

However, the only way the heartbeat can be heard at this time is via a transvaginal ultrasound.

It won’t be until around 10–12 weeks of pregnancy that a fetus’s heartbeat can be heard through a stethoscope, and even then, it can be difficult, depending on the position of the fetus at the time.

If you are approximately 38 weeks pregnant and your stomach is tightening periodically, don’t worry.

This means that your body is doing what it’s supposed to do by preparing for your upcoming labor and birth.

If for some reason you’re already aware that you’re going to have your baby by c-section, that’s fine, but your body is still going to continue to prepare your uterus by having Braxton Hicks contractions.

What Does It Mean When a Woman Shows Cleavage?

When Is the Female Brain Fully Developed?

When Should You Start Wearing a Hijab? 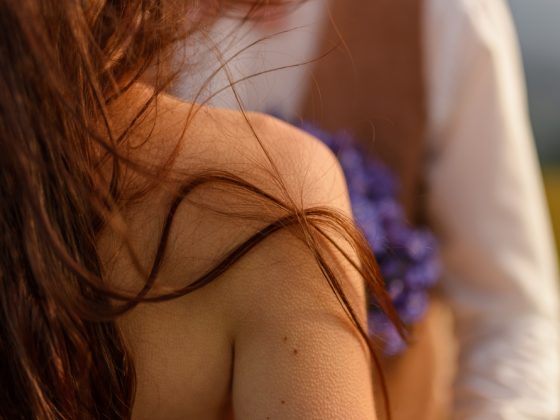 What Does It Mean When You Get Goosebumps Around Someone?