Libras, born between September 22 and October 23, are air signs ruled by the planet Venus. This star sign is best described as sensitive, manly, objective, gentle, intelligent, charming, and non-confrontational.

He’s most compatible with Gemini, Aquarius, Leo, and Sagittarius. Want to know exactly who you are dealing with as soon as you start dating? Here is your ultimate guide to the Libra man’s traits and characteristics.

Characteristics of a Libra man

The best way to get to know a Libra man and find out whether he has feelings for you is to get to know all the typical traits and characteristics of his star sign. This isn’t the full picture, but it’s a great overview of who this man really is and what it takes to win his heart.

The main thing to know about this man is that he’s an expert communicator. Somehow, he always has the perfect thing to say, no matter the situation. He adapts to all environments and people, easily remaining diplomatic, tactful, and charismatic.

People (especially women) are naturally drawn to him. He’s quick-witted and can hold a conversation with just about anyone. He makes friends quickly and holds onto those friendships for life.

His ruling planet, Venus, is the planet of love, pleasure, and relationships. Therefore, you can rest assured he’s filled to the brim with all sorts of romantic thoughts. He may not reveal them to you at first, but he’s got plenty.

He appears strong, but underneath it all he is a big softie – his non-threatening vibe makes him women’s favorite. He loves having a good team and keeping the peace and calm in any situation.

The symbol associated with Libra is a scale, and rightfully so: Libra men always weigh every option before making a decision. He’s especially careful when it comes to big decisions and commitments.

More often than not, he is an optimist who likes the company of all people. He doesn’t hold grudges for long and avoids confrontation like the plague. It’s one of the hardest things in the world for him. This means that he usually avoids confronting problems that need resolving, which can ruin his relationships.

When having a difficult conversation, he takes a step back to maintain peace and harmony. As a result, in order to protect himself, the Libra man might never initiate a tough conversation.

A devilishly charming man, this guy knows how to sweep you off your feet. So, are you ready to fall into his net? The Libra man is responsive and confident. He doesn’t waste time when he wants to ask a woman out.

He moves at a rapid pace and knows how to capture a woman’s heart quickly. He wants to be together with his lover all the time, an attribute that most women welcome with open arms. He’s got that special way of making women feel desired and appreciated right at the start of a relationship.

What he seeks in a soulmate is interdependence and creating a balanced relationship. He is ultimately seeking an equal, not a damsel in distress. He wants someone who can have intelligent conversations and enjoy the finer things in life.

The following guide is for you if:

Here are 10 signs that a Libra man has feelings for you.

The good news is that Libras are some of the easiest star signs to figure out when falling in love. The Libra man gets quite confident and territorial when he has feelings for you. As a result, you’ll notice him quickly calling you his girlfriend and planning lots of time together, such as trips together that are planned far in the future.

He will also show you his sensitive side and be a lot more vulnerable around you. And yet, he’ll still appear very manly.

When this man likes a woman, he won’t back down. He doesn’t care whether you aren’t over your ex or are still seeing other guys. He will do everything in his power to prove to you that he’s the one for you.

Don’t worry – he won’t stalk you! It will be a pleasant pursuit. You’ll feel like the most liked woman in the world, and that’s pretty special.

Another way to tell he’s totally smitten with you is that he treats you differently from how he treats other women. While he might be popular with the ladies, there’s something special about the attention he gives to you, and only you.

Here are a few examples:

It feels pretty special to be chosen by this man, and you know that you could literally ask anything of him. He’s acting like he’s all yours.

2. He starts to fix things

When a Libra man has feelings for you, he suddenly turns into a Mr. Solve-It-All! You could literally ask anything of him – he’s ready to help. He wants you to be happy and calm, so he will do anything in his power to solve problems as they arise – any type!

He will go out of his way to help you. This might be nice, but for some, he could be over-stepping, so you need to be clear with him if this is the case.

But beware – the Libra hates confrontation, so he might sweep issues under the rug just to keep you happy and at peace. However, this won’t be doing your relationship any favors in the long run.

In his defense, when he falls for someone, he genuinely wants to be involved in their life. As a result, he might be giving you a lot of advice or telling you how to do something.

A Libra man contains his feelings well and will only reveal as much as he wants in a certain situation. Once he falls in love though, you will see a whole different emotional side to him. The biggest change in his behavior is that he becomes extra relaxed around you and lets his guard down.

This can also lead to him being too relaxed – like not taking care of how he looks, being messy when he stays over, and generally not caring much about going out or doing much. He’s perfectly fine with sitting on the couch with you for days on end.

Not only is he emotionally attached and changing his behavior, he’s also physically there. He goes out of his way to stay in touch with you, text you back quickly, make plans, and chat with you often. Just look at your chat thread with him!

He can’t get enough of you, and he’s always got something he wants to share.

A sure-fire sign that a Libra man has feelings for you is the fact that his time doesn’t seem to matter anymore. You are literally his number one priority. That means he’d gladly give up on “me time”, including time with his friends and family, just to hang out with you.

This is adorable and you will probably enjoy it for a while. However, it’s also a double-edged sword, as you risk becoming too co-dependent. As a result of him wanting to spend all his free time with you, you might also be expected to reduce the time you spend doing the things you love.

Be careful about how much you give up on just to maintain this relationship. Do you really need to hang out every day of the week? Can you take a day just for yourself or to see your friends and family without him? Make sure you are maintaining a healthy balance in the relationship.

If he’s smitten with you, that’s great, but don’t let it consume your entire life.

5. He starts making life plans with you

A Libra man who’s got feelings for you wants to make sure you know it. Even when he hasn’t said it yet. His way of showing you that he cares deeply is by making plans about the future.

That includes a wide range of activities, including travelling together, potentially moving counties, owning a home, or taking you to his best friend’s wedding as his plus one.

He might jokingly mention an event happening a few months ahead and gather whether you are interested in going with him. This way he will know how serious you see things in the relationship.

Are you planning to stick around? That’s the ultimate question he’s asking himself.

6. He wants to know everything about you

Only a Libra man in love will be asking you all these questions about your life, dreams, ambitions, and where you see yourself in the future. He wants to make sure he is part of that future and is desperately trying to figure out the potential of your relationship.

The best thing you can do if you really do like him is to involve him in decisions about your life, seek his opinion, and show him that you are all in.

He’s also going to be the first one to give a compliment and won’t shy away from showing his adoration in public. This man is all about PDA! And big time! He won’t be able to keep his hands to himself.

The romantic in him will be bursting to express how he feels about you. Sometimes words will fail him, so he will use his body language to show you that he’s only got eyes for you.

This man will literally go out of his way to touch you as much as humanly possible – it’s a huge part of how he expresses his attraction. As great as that feels, you might want to watch out when you bring him around to meet your parents…

A Libra man who has a crush on you won’t be able to hide it, at least not for long. It will be obvious through his body language. How can you tell he’s got feelings for you? Watch for these body language signs:

In all honesty, it’s hard to meet a Libra man who would cheat on their partner. It’s just not in their nature. However, they can be a bit flirtatious. With their charm and charisma, they usually attract plenty of female attention.

If your Libra guy is not even flirting anymore, you know he only has eyes for you. He wants to make you feel safe and know that he isn’t talking to other women.

Make sure you don’t exploit his devotion. If you don’t feel like he’s the one for you, don’t toy with his feelings. 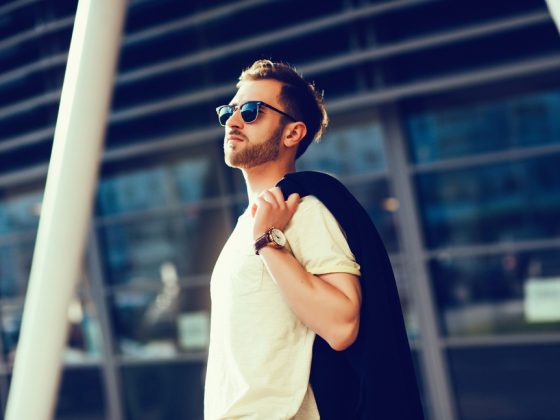 Libra Men in a Nutshell: 18 Personality Traits and Characteristics 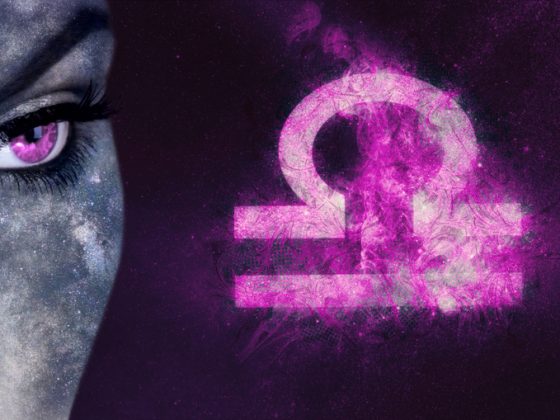 The 5 Most Compatible Star Sign Matches for a Libra Woman 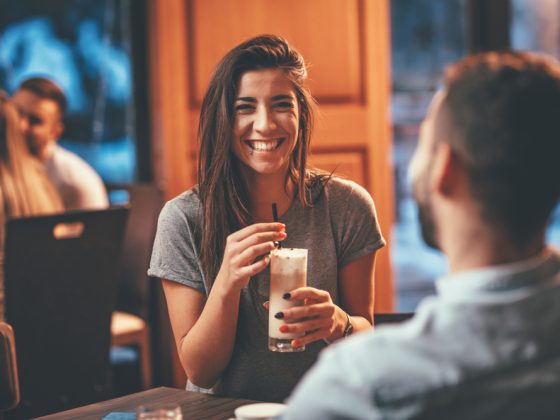 12 Things You Should Know About Dating a Libra Man