I don’t remember the last time he listened to me when I spoke to him.

He doesn’t ask me about my day at all.

I can’t recall the last time he called me during the day just to check-in.

He doesn’t understand how he makes me feel.

If you see yourself in the above statements, then you must be starved for attention from your husband. You feel upset and depressed about the fact that somehow he isn’t really seeing you.

Have you suddenly become completely invisible to him? What could be more important than him paying attention to you?

When we feel starved for attention, we often tend to overcompensate, by paying even extra attention to the person who is ignoring us. You might be turning into a possessive, jealous, nagging, and needy woman – and that’s not who you are, or who you want to be.

You just want to get his attention back and don’t know what you are doing wrong.

Is it Normal for a Husband to Ignore His Wife?

You’re desperate to save your marriage and feel seen again. You’re at a loss, but you aren’t alone. You won’t believe how many wives complain about their husbands ignoring them.

Is it normal? No, certainly not.

Is it common? Yes! In fact, it happens all the time in all sorts of marriages. The good news is, no matter what the reason behind him ignoring you, you have the power to change it.

Once married, you don’t simply give up on your relationship, right?

Why Doesn’t My Husband Pay Attention to Me?

Ignoring someone is a passive-aggressive way of dealing with a deeper issue in or outside of the relationship. Chances are, your husband is ignoring you and also ignoring conflict. He’s running away from his problems instead of confronting them.

It probably feels easier for him that way, but it certainly isn’t easy being on the receiving end.

It doesn’t mean that he doesn’t love you anymore – but there may be a lot of work needed to rebuild the respect and intimacy in your marriage.

If your husband chooses any of the following instead of spending time with you, it’s time to change that:

Whenever you bring up these patterns, he gives you lame excuses and discards your feelings with responses such as:

That’s not true! We spend time together all the time.

I’m just really busy with work right now and can’t deal with this.

There is clearly a problem, but he isn’t even willing to address it. Here are the 5 reasons why your husband ignores you, and how you can fix it.

Stress is a huge factor in life, and it can really affect a person’s normal behavior. If you’re noticing that your husband has turned from an energetic and happy person to a burned-out and anxious version of himself, it’s time to point it out.

Stress can be a stage, due to work, children, family obligations, money, or a life-changing event – but it shouldn’t be permanent.

People are different in how they handle stress and how they talk about it (or don’t). The best you can do is give him the space he needs to deal with work stress, and make sure you don’t add to that stress at home.

Show him he’s got your support no matter what, and you’re there for him when he wants to talk. It’s also worth reminding him that a job is a means to an end – and that no job is worth the risk of ruining one’s marriage.

2. He’s not getting what he needs from you.

This might be a tough one to hear but you probably aren’t blameless in your husband’s pulling away. The truth is, a man wants to be his wife’s hero. He wants to provide for her, protect her, and take care of her.

Above all, he wants to know that you appreciate him and see his efforts. This is deeply rooted in him as a man – and ignoring you might be a serious red flag that you aren’t giving him what he needs.

Think about how you interact with him, how you treat him, and how you show intimacy and appreciation. Do you focus on all the great things he does, or point out his mistakes?

Do you ensure he feels valued? As a wife, you need to make sure you’re playing your part. Give before waiting to receive. Seek to understand, and you might just find the root cause to it all.

One of the reasons why your husband ignores you might be because he’s having an affair. An easy way to spot a cheating husband is if he suddenly starts to ignore you sexually. This is a huge red flag!

If he isn’t interested in you sexually – because he’s getting his satisfaction elsewhere – he won’t be too keen on having sex or being intimate at all. He jumps right out of bed in the morning, and he’s tired every evening. He doesn’t even kiss you goodnight anymore.

It’s a sign that your marriage is in real trouble and you need to talk to him. It’s better to address it right away than go snooping around for hints that he is in fact cheating.

4. He’s lost interest in the relationship.

Marriages are hard work; everyone knows that. It definitely takes two people to make a marriage work. If your husband seems to ignore you all the time, it may be because your relationship dynamic has changed.

There are many reasons behind this, including work schedules, the arrival of a baby, and other family obligations. Intimacy and communication just don’t seem to be on his priority list at all.

On top of that, if you’ve stopped making an effort to look good for him, he may not be feeling that attracted to you anymore.

Your husband is also feeling neglected and undervalued. He married a woman who has changed so drastically that he doesn’t even know her anymore.

If the spark is missing, you need to rekindle it or accept that your marriage might be over soon.

One of the reasons your husband is ignoring you might be because you’ve upset him. Even if you did something unknowingly, the ripple effect could be quite strong.

If you had a massive fight and you said something hurtful it may have triggered him more than you know.

If you did something bad and didn’t apologize or show regret, he may be questioning your morals entirely.

Accept responsibility when your husband seems upset and withdrawn and be the bigger person. You can fix almost anything through open communication, respect, and patience.

What Can You Do to Get His Attention Again?

You don’t always have to be the strong independent woman you are. Sometimes you can just let him take care of you. Ask his help with errands (without nagging), seek his advice, and let him be a man and impress you.

Show him that you appreciate him and boost his confidence. Show him how much he means to you and how much you love being married to him.

Seek to understand first, instead of picking up a fight about it. How much do you know about what’s really going on in his life or his head? It might be that it has absolutely nothing to do with you, but you’re making it all about yourself.

If he confides in you about an issue he’s dealing with, don’t make fun of it or discard it as unimportant. Consider how much it matters to him and be there for him.

Sometimes, all your husband wants is to get home after a long day of work, put his feet up, crack a beer open, and relax. He doesn’t need to talk about his day in great detail or talk about his feelings.

Let him have the space he needs to just relax and don’t demand his undivided attention if you see that he isn’t in that frame of mind. It’s probably tempting to moan about how much you missed him and overreact about it – but consider his emotional needs too.

4. Bring back the spark.

Your husband might not want to talk for hours, but he’s definitely interested in being intimate. Next time you feel ignored, do something spontaneous to get his attention and bring the spark back.

Check out these 13 Ways to Improve the Sex Life in Your Relationship. Surprise him, pamper him, caress him. He’ll feel seen and loved and return the same to you.

If you want proper attention from him, book a stay in a lovely hotel out of town or go for a romantic dinner. Commit to not being on each other’s phones and simply enjoy each other’s company.

Spending quality time together is essential in building a strong and healthy marriage.

You may be tempted to react negatively to him ignoring you, and that’s totally normal but it won’t get you far. Here are a few things to avoid doing when you feel ignored by your husband: 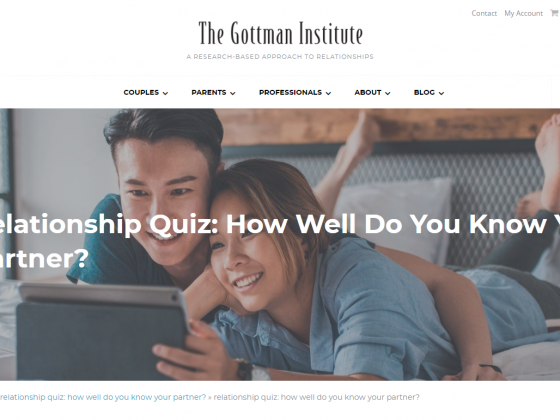