If you’ve been wondering whether or not it’s time to give your guy a key, there are some signs that can help you know if it’s the right time. It’s an important decision, so it makes sense that you may be on the fence about it. Take a look at these 9 signs and hopefully, you can work out if now is the time!

The first thing to think about when you’re considering giving him a key is trust. You should feel comfortable with him having the key and letting himself into your home.

Without this trust, you should seriously rethink giving him a key. Although you may feel like you can trust him – can you actually? Think about times where he has displayed that he is a trustworthy person who won’t jeopardize your relationship.

If you feel that the relationship is worth giving him a key, then give it to him! If not, consider holding off until he shows that he deserves this privilege and can be trusted with it.

2) You’ve been dating for a while

If you have been in your relationship for over six months, it is probably time to bring up the idea of giving him a key. This isn’t an official sign that he’s ready to move in with you, just that he may be interested and thinking about moving closer towards it.

This is a natural step in the progression of your relationship. Many couples will come to a point where they start seeing each other more often and want the convenience of having their significant other around all the time.

If you live near your significant other’s home or work, then it’s convenient to have him come over every night. However, if he lives far away and doesn’t have a car, having him stay with you may be more inconvenient for him.

He’ll end up spending money on gas just to travel back and forth between yours and his. If this sounds like something that will be a bother in the long run, then give him a key! Sharing space makes it easier to see each other daily – even if it is just for an hour or so.

4) You want to see each other all of the time

If you feel like this is something that will make your relationship stronger, then give him a key!

You may be thinking: “Why would I want to see my boyfriend all the time?” and the answer might surprise you. Having someone around all of the time – even if it’s just for short periods throughout the day – can strengthen your bond in many ways.

Think about when he isn’t there; do you miss seeing his face? Does not having him around leave an empty spot where he should be standing? If so, consider giving him a key because maybe he feels similarly about spending more time with you too!

5) It makes it easier for him to plan dates

Having a key to your place means he might get home before you do…and then cook you an amazing dinner! Simply put, it opens the door for more romance.

This isn’t required when sharing a key, and it doesn’t automatically make your relationship stronger, but it does make the process easier and provides more opportunities!

It can be incredibly romantic to have someone cook for you after a long day at work or school. If having him come over every night will make these kinds of things more possible, then why not?

Anyone who has dated someone, but has not had a key to their place, will know how annoying it is to have to wait outside their house.

Whether it’s to drop something off or meet you after work – having to wait at the door can be frustrating for him.

If your boyfriend doesn’t have a key to your house yet, then consider giving him one. This will make his life easier and yours too!

Of course, this reason alone isn’t enough to give him a key. If you’re not ready for this step yet, then wait until you think it will be beneficial for your relationship before making this big decision!

7) If you are confident about your future

What are you waiting for? If you know that you’ll be together, then cut to the chase by giving him a key.

This is the next step in your relationship, and it means that you are moving forward. So, don’t be afraid to take this step! If he has shown any of the signs above and you are confident that the two of you have a future together, then giving him a key shows him that you are committed.

If not, then wait until you think that it would benefit both of you. If he’s not ready yet, then it’s important not to get ahead yourself.

If you have been dating for a while and he is not afraid to commit, then consider giving him a key.

Make sure you know this guy takes your relationship seriously and has long-term plans for both of you. This way, you can be confident about giving him a key to your place.

It would be a bad idea to give a key to a guy who doesn’t take your relationship seriously and doesn’t have long-term plans. In this situation, he might not take the next step as seriously as you hope, and it could end very badly!

However, if your boyfriend is committed and open to talking about your future together, then why wait?

9) If he doesn’t think you’re serious about him

Yes, it’s a big decision, but if he thinks that he’s not that important to you, then giving him a key can be the sign of commitment he needs!

The importance of setting ground rules

If you’re going to give him a key, it is important to first set some grounds rules. Having these boundaries will help protect both of you from getting hurt down the road.

For example, one rule could be that he can’t bring any of his friends over when you’re not home. This means no parties, drinking games, etc.

You also want to make sure that he knows to clean up after himself and maybe even help you out with your pets if you’re gone. These rules will help protect both of you and give him a fair chance of getting things right once you’ve decided to share your space with him.

When discussing these ideas with your partner, keep an open mind about their suggestions too. Maybe they have some ground rules they think should be implemented before giving them a key. If so, don’t dismiss them right away, listen and find out what they have to say.

Giving him a key means compromising on certain things, like how often he can come over unannounced or who else has keys. If you feel like there is room to negotiate and find a middle ground, then go for it!

If not, don’t worry! You can still make your relationship work without giving him access to your space. It’s important that both of you are comfortable with whatever decision you choose.

How do I get my key back at the end of a relationship?

If you decide to give him a key, then at the end of your relationship make sure he gives it back!

You don’t want him having access to where you live after it’s over. If this is something that can be easily undone (like giving him another key or changing the locks) then do so as soon as possible! If not, call a friend and ask them if they’ll help change the locks for you.

There are plenty of ways to get through this difficult time without dealing with unnecessary stress caused by someone holding onto things from your past relationship.

When shouldn’t I give him a key?

If you’ve only been dating for a short period of time, then it may not be wise to give him access just yet.

You should both reach this commitment after some serious thought and consideration, so if he isn’t ready or doesn’t want to commit that much then don’t force the issue.

Another situation in which you shouldn’t give him a key is if you find him to be disrespectful of your boundaries.

For example, if he is constantly coming over unannounced, even when you tell him not to, then giving him a key isn’t the best idea right now. Things like this will only get worse with time, making it more difficult for both of you in the future.

If you’re going through some tough times financially and can’t afford another sharing your space, then definitely don’t feel pressured just because you want him around more.

If necessary, consider talking things out with them or asking them to help contribute towards these costs instead. Having too many bills creates unnecessary stress that no one needs, especially in a relationship.

Do I have to give him my key if he’s given me his?

This is usually how it’s done. Giving a key is more than just, well… giving a key. It’s a sign of trust in the relationship.

If your partner has given you their key, then they are showing that they trust you enough to let you into their home and personal life.

As such, it’s generally expected that you return this favor by giving them a key too, especially if things are ramping up in the relationship and you two are becoming more committed.

It’s up to you and your significant other to decide if giving a key will benefit your relationship. There are many positives to this crucial relationship step, but there can also be some unexpected downsides.

Remember that if your relationship ends, he has to give the key back! If necessary, change the locks as soon as you can so that no one else has access to your space after things end.

If this idea seems like something worth pursuing, then go for it! If you decide it is a good idea, make sure to set some ground rules first and consider any possible future problems. Good luck! 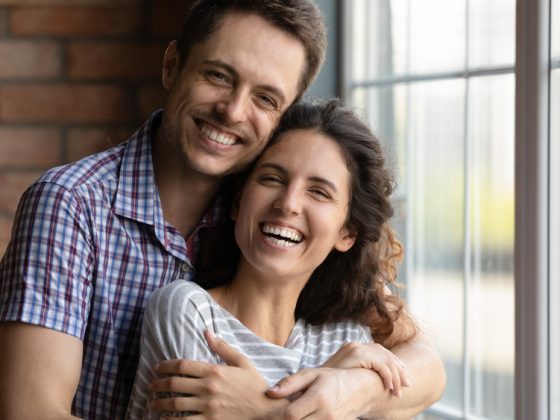 20 Tips for Dating Someone After a Long-Term Relationship 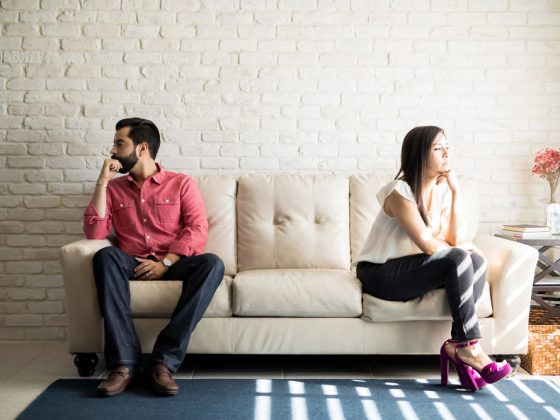 17 Signs Your Boyfriend Doesn’t Care About The Relationship 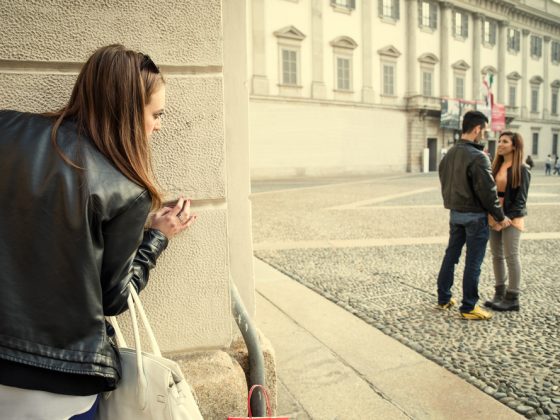 How To Get Over Your Obsession With Your Partner’s Ex 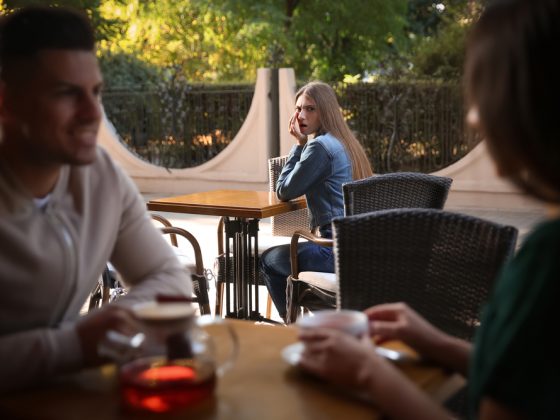 How to Deal With Your Boyfriend’s Toxic Ex-Wife