Many men change their behavior whenever they feel like it. Some lie and cheat, and it takes a village to get them to respect a woman. There are so many things no one ever tells you about men, and so many different types of boyfriends out there – and they’re not all good for relationships.

However, amid all these men who make us angry, there are some who are kind, soft, and intelligent. They give more than they take, and their love makes the world go round.

But how can you know if you’re with a soft-hearted man? And better yet, how can you tell if he is genuine or if it all just a façade? Read on to find out.

1. He has genuine, good-natured humor.

A person’s sense of humor reveals a lot about them. Is it sarcasm? Is it a snide remark?

An individual with a good heart has a sense of humor that lifts others rather than tearing them down. So, next time he makes a joke, see if it is at the expense of others. If it is, he isn’t that kind of a man.

If your boyfriend is genuinely kind, he will be happy to share his money in big ways like making donation to charities, and small ways like picking up coffee for someone else.

You’ll see him ready to give as soon as he sees a needy cause, and he might just be the reason many people are in a better place today than they were yesterday.

3. He volunteers his time for others.

Time is the most valuable asset for many people in our fast-paced society. If someone can spend a Saturday assisting a friend with relocation, volunteering in an animal shelter, or doing house chores for an elderly neighbor, it says a lot about how kind that person is. A kind-hearted man spends his time on things that are bigger than themselves.

4. He doesn’t expect anything in return.

He does a lot for society – without expecting anything in return. He’ll support causes bigger than himself and jump at the chance to help others, even if he doesn’t know them personally. He doesn’t volunteer for the reward, rather because others need his help – and that’s a good enough reason for him.

5. He’s welcoming to everyone.

This is a man who welcomes everyone into his home. He’ll always be available for a quick call when you’re feeling low and even open his door up to a person in need whenever they need it.

6. He’s kind to everyone, even when it’s difficult.

Kindness is what keeps life’s gears turning smoothly. It relieves anxiety, transforms sorrow into laughter, and keeps annoyances from escalating into fights – and he’s definitely got it.

7. He’ll always be there for everyone.

With so many greedy people in the world, we’re lucky to have kind-hearted people who always help. Even though soft-hearted people are taken advantage of, they nevertheless always try to act as a shield for someone in need.

You’ll never be rejected if you seek help from someone with a kind heart. They are always willing to support others.

8. It seems like he bears the weight of the universe.

It may seem burdensome and exhausting, but soft-hearted people are not overwhelmed by the challenge of shouldering a great deal of responsibility. They understand the weight of the responsibility and the value of the tasks entrusted to them.

Regardless of how the rest of the world perceives them, they find this role simpler than other people might see it – and they never consider philanthropy to be a burden.

9. He goes out of the way to make everyone happy.

A compassionate person would never hold one person responsible for the world’s problems. Such great people have a real impact on everyone around them, and assist others in overcoming difficulties – and they literally go out of their way to make others happy, even when it might inconvenience them.

The world would be a much better place if more people were kinder.

While it might seem like the lack of kind people in the world is a problem, it actually provides an opportunity for those with a kind heart to show their precious qualities of a caring nature, compassion, and kindness to the world. They’re rare to find – so if you are dating a kind-hearted man, don’t let him go!

11. He believes in eco-friendly practices.

Instead of hoping for a happier world, a kind-hearted person actively strives to make life free from all kinds of suffering. If they have a chance to choose an eco-friendly option, they’ll jump at it. Their upbeat attitude casts a light over sadness and despair and instead offers happiness, confidence, and hope.

People who appear brave and tough on the outside are typically very afraid and soft on the inside. On the other hand, people who are considered soft-hearted are actually quite powerful on the inside.

While he may be emotionally charged, a kind-hearted man is capable of loving others more than himself – and what could be braver than that?

Soft-hearted people make better decisions in society while maintaining a healthy sense of humor. They make the world a healthier, friendlier, and more pleasant place, because of their empathy towards others and their willingness to help in a bright and happy way.

14. He won’t hesitate to apologize.

Most people around us find it difficult to say sorry, even if they’re at fault. A soft-hearted man sees the fault in his ways right away and apologizes before things escalate.

He might even apologize when it is not his fault, just so the fight can dissipate.

A kind-hearted man doesn’t find it hard to respect everyone, including those who are less endowed than he is. Keep an eye on how your man treats your salesperson, waiter, or taxi driver. While there’s no real monetary benefit in being kind to them, a genuinely kind-hearted person will treat everyone right regardless of their financial status.

16. His words and actions are in sync.

The old saying holds here: “Actions speak louder than words.” A pure heart always does good deeds. If he preaches kindness and actually does kindness to others, he is genuinely a soft-hearted man.

A selfless person respects your desires and views, isn’t out to get his own way, genuinely cares for your well-being, and is happy to serve you.

Many who love themselves healthily will love others in the same way. This man might never have self-esteem issues, and won’t ever project his sadness on you.

19. He gets angry, but for the right reasons.

Impatience and irritability are usually signs of someone who isn’t a kind-hearted person. However, being enraged by injustice or discrimination shows commitment to the right cause.

20. He makes everyone feel good about themselves.

Positive people make us feel good about ourselves. – which also has a significant impact on our love for them.

People that are broken tend to break other people’s confidence. On the other hand, trustworthy people are extremely loyal, and understand that any investment they make in a relationship will pay off.

22. He focuses on the positives.

He genuinely sees the good in the world. We face complex problems every day, but a kind-hearted man chooses to focus on the good rather than the bad.

A Kind-hearted Man in a Relationship

People with sensitive hearts are told that they are “too soft,” “too emotional,” and that they will be taken advantage of too often.

Here is why you should love someone with a soft heart:

1. He’ll always be there to support you.

He will help you survive any storm. When you’re with a kind-hearted person, your heart will always find a reason to smile, no matter how badly you hurt.

Love a soft-hearted person, and you’ll forget all about your troubles just by seeing their smile.

2. He’ll help your heart be kinder.

When we maintain our optimism and smile even when we don’t feel like it, we make the world a special place in our way.

His optimism is contagious and will have a positive impact on you as well.

They are extremely devoted to the one they’re with and surround their partner with a constant cycle of positive vibes.

The kind-hearted man doesn’t care about your history or mistakes you’ve made in the past. All that matters is that you’re with them in their time of need.

He won’t have to do a lot to convince you he’s a keeper. It’ll be obvious that he’s the one you want just by being himself. Even in the most challenging spots of his life, his selflessness and incredible kindness make you realize his kindness isn’t a façade.

He loves with a gentle heart, and he will always forgive and love you just the way you are. This man is not only capable of creating an enormous amount of strength in himself but will bring out the best in you as well.

6. He stays selfless in a selfish world.

He can stay selfless in a world where sensitivity, compassion, humanity, and modesty are frowned upon. Love a sweet-hearted person because they’ll always have a soft heart even when everyone else’s has hardened.

7. He’ll help you see the good in the world.

Seeing all the hate and grief in the world makes us hopeless about the state of affairs and what the future holds for us. When you’re with a kind-hearted man, he’ll show that big gestures of kindness are rare and that the small gestures are the kind deeds that are holding the world together.

He multiplies kindness in the world by doing something sweet for others, and watching them be the best version of themselves will make you be kinder as well.

Seeing divorces and breakups and cheating scandals and going through heartache is enough to make anyone feel like love doesn’t exist. However, a kind-hearted man will make you see that kindness still exists and that you’re still worthy of a loving relationship.

You may be tired of the lies, fights, and horrors of your past relationships, but being with a kind-hearted person will heal you in a million different ways. His trust in you, love for you, and his compassion for the world will all make you a stronger person, and it will make you want to be a great girlfriend.

If you are with a kind-hearted man, hold on tightly to him tightly! We’re all trying to be better versions of ourselves. A kind-hearted man is very hard to come by, so if you’ve found him, don’t let him go. 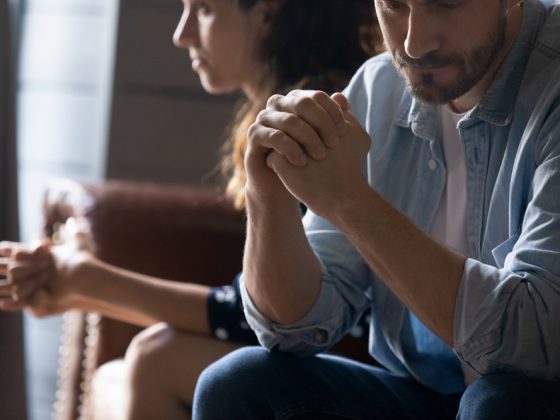 Reasons Why a Boyfriend Becomes Distant and How To Fix It 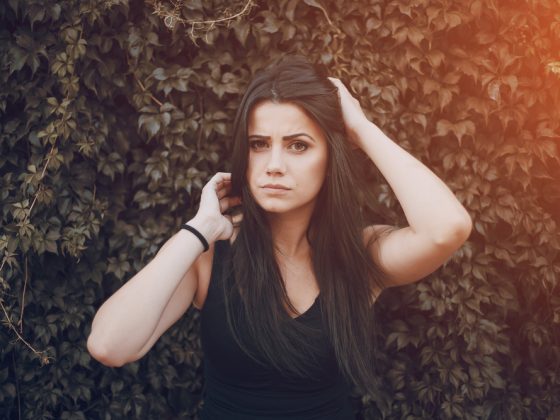 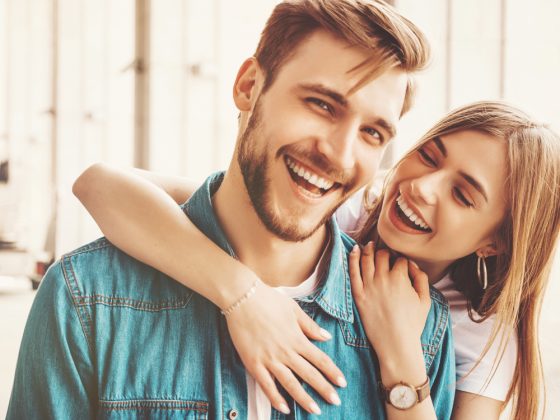 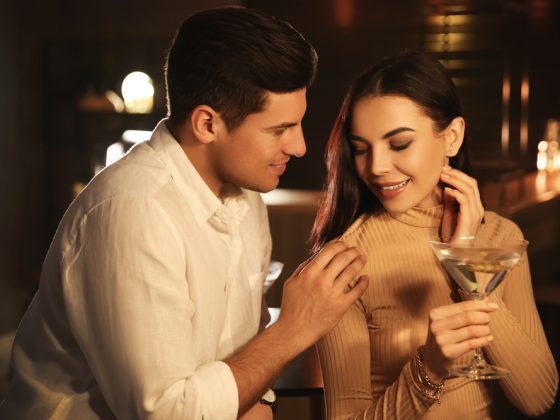