Most women have accepted that when it comes to decoding male behavior it can be as confusing as string theory. Since most men avoid talking about their feelings, defining relationships, sharing their emotions, women are more or less left to their own devices when it comes to figuring a man out.

There can be many warning signs that something isn’t going quite right in the relationship, regardless of how long it’s been going on. Nine out of ten times – women will be asking “what’s wrong?”, or “don’t you love me anymore?” and men will be reluctant to talk about it.

Wouldn’t it be easy if at the first warning sign that the relationship is malfunctioning, men will just come forward and talk about it? Men just aren’t wired that way!

And if you are used to doing most of the rowing in the relationship, and most of the talking too, then perhaps you want to take a good look at recent behaviour and do your best to decode what it means.

But careful! You might not be ready to find out that your boyfriend actually doesn’t want to be with you anymore. Or hates you!

Now hate is a really strong word…and chances are your boyfriend doesn’t really hate you. But sometimes you might wish he did! Because being ignored, avoided or ghosted are perhaps equally as painful, if not more.

Look no further as we’ve gathered 19 warning signs your relationship is in big trouble!

1. He keeps you away from his life

Now some guys might take a little longer to come to terms with the fact that a relationship means sharing – introducing each other to friends, hobbies, places, the lot!

But if your boyfriend keeps his life to himself, doesn’t take you anywhere near where he lives and never invites you when he’s out with his friends, there’s definitely trouble in paradise!

There are many reasons he might be keeping you at a distance – he might not be exclusive with you and still keeping his options open. Or he might not be serious about your future, hence not wanting to introduce you to his circle.

Whatever the reason, better address it and know whether he’s in it for the long run, or not.

2. He never calls you

What is it with guys and calling/ texting first? Do they need a textbook on the matter? It really isn’t that much of an effort to check up on your girlfriend once in a while, and do it first!

If he actively avoids calling you, takes hours (or days!) to text back, he’s just not that interested anymore – it’s a quite a strong sign that he’s probably moved onto someone else, and you can bet he texts her first!

3. He avoids being intimate with you

You’d think men would literally do anything to get physical with a girl? Well, think again! If your boyfriend’s heart has turned cold, or he’s got his eyes on another girl, then the last thing on his mind would be to try and sleep with you.

It’s one of the big red flags that the relationship is beyond repair! And intimacy comes in many shapes and forms – if he doesn’t kiss you often, doesn’t feel like holding your hand, or hugging you, then there really is only one explanation.

There’s one thing to make fun of someone as a joke, but a whole other story if your boyfriend is being rude to you, and covering it up as a joke. Is he being a little rude and treating it as the most normal thing? Have even your friends noticed?

It’s an attitude a lot of men exhibit when trying to get rid of their girlfriend. Think about it – better you start hating him and leave, then him having to declare he’s not got the hots for you anymore!

5. He makes you feel bad about yourself

Some women never date a man who treats them like a queen! How sad that must be! Careful who you choose to spend your time with, as a man who likes and respects you will never treat you badly.

Is he making nasty jokes about your clothes? Is he calling you names and you just shake it off? Is he blaming you for his failures, or for simply having a bad day? If you have started questioning your self-worth around your significant other, it’s time to move on.

A good relationship should be lifting you up, not knocking you down.

6. He doesn’t listen to you

If your boyfriend isn’t paying attention to you when you talk to him, what’s the point of him being your boyfriend? A relationship is about communication, and genuine interest in the other person’s life.

Perhaps he’s just not that into you anymore, but he’s not come round to actually saying it! Silence and being ignored speak a thousand words.

7. He doesn’t support your goals

Whatever it is you ask of him recently, he seems to be either busy, absent or simply not interested? You wonder what could be the sudden change in behaviour? Call him out on it and give him a chance to step up and support you, or accept that he’s on his way out.

Your boyfriend should be your biggest fan – supporting you and going out of his way to be there for you when you need him. Don’t settle for less, or you will be setting a pattern for future relationships.

If you feel that the relationship is all about him, then you’re in trouble. Relationships aren’t transactions, but both partners need to get something out of them, in order for them to work.

Perhaps he’s making decisions without involving you? Or never letting you choose what to watch on Netflix? Remind him dating is about give and take, it’s about compromise and not one party serving the other.

On the other hand, men can act complacent and selfish when they are REALLY relaxed in a relationship, which is also the path to being taken for granted, so if you don’t want to be that girl, then call it out early on.

9. He talks about other girls in front of you

And isn’t even trying to hide it! It’s perhaps one of the most frustrating male traits that they exhibit, especially when they simply don’t care whether they are hurting you. Perhaps you should start talking about other guys and watch his reaction.

If he doesn’t seem to care at all, it’s time to let him go. Yes, he’s allowed to find other girls cute, but not cuter than you. And if he only has feelings for you, he won’t have time to check out the rest of the fish in the sea.

10. He doesn’t get along with your family or friends

You cannot force your family to like your boyfriend and vice versa, but if he isn’t even trying to get along with them, then why the hell is he still with you? You aren’t changing your family and friends for him – you come as a whole package!

Trust that your family will always have your best interest at heart, even if it’s really hard to hear – they will spot the truth from a mile away.

Do you feel like you are always waiting for him, and he doesn’t show up? Sometimes literally? If he finds it easy to bail on your plans together, then his heart is not really in it anymore.

Wouldn’t you want to save your precious time for somebody who will show up, every time? It’s time to make a choice!

Your boyfriend might try and invalidate your feelings and most likely call you “crazy” to make a point. It’s not what a mature person does, and definitely not a sign of a loving relationship.

And of course, it’s a big red flag if he tells you about his ex-girlfriends, and somehow they were all crazy too!

Nobody can tell you whether to forgive a guy and stick around if he cheated, but we can tell you that if he did, then he doesn’t truly love you. Still want to stick around? If you’re not married or share a house together, then why on earth would you believe he will change his bad ways, just to be with you?

It’s probably his way of showing you he doesn’t really care about your feelings anymore. Do you want to be with someone who violates your trust like that?

14. He doesn’t want to talk about the future

What kind of a relationship are you in, if he avoids talking about the future – sometimes as far as next month? If he’s actively ignoring your questions about making plans and what’s next, then perhaps this really isn’t working out.

Life is too short to spend trying to make someone love you, plan a future with you, or commit to holiday plans!

Which of these behaviours have you noticed in your boyfriend recently?

He excuses himself to pick a call?

He has started to actively hide his phone from you or tilts the screen away from you?

He texts a lot and says it’s just a friend?

He goes out and doesn’t say where or with whom?

A guy who has nothing to hide won’t go to lengths to conceal parts of his life or act all defensive if you confront him about it!

If you are tired of questioning him, perhaps it’s time to move on from him to somebody who deserves your trust.

16. He forgot your birthday

Or your anniversary, or Valentine’s day, or any other special occasion that he should at least acknowledge the existence of! What is more important than that?

How he chooses to spend special occasions says everything about how he feels about the relationship. Stop waiting around and address the issue – he doesn’t love you anymore.

17. He stops apologizing for his behavior

Have you noticed how as soon as a guy changes his mind about you, he becomes the biggest asshole to be around? How does that work?

If he’s never apologising for his wrong doings anymore, or simply doesn’t seem to care about how he comes across in your conversations, you’ve got a big warning sign!

Again, you need to know that this might be his way out of the relationship – just picking up a fight whenever he can until you decide to dump him, might be easier than him making the painful step to end it.

Just because a guy once told you he loved you or has been saying it for a while, doesn’t mean that you are headed towards marriage. People change and so do their feelings. A sure sign that your boyfriend doesn’t feel the same way is simply not saying that he loves you anymore.

Or whenever you say it, he doesn’t say it back. A painful realisation that he doesn’t want to lie to you (how noble!) or that he loves someone else already.

Ah the dreaded “let’s have a break” conversation…it never ends well, does it? Your loving boyfriend shouldn’t be asking to have a break, whilst he sorts his feelings and thoughts out, he should be next to you, working out what’s wrong, and whether it can be mended.

If he asks for a break, then you might as well call it quits, as things won’t be the same, even if you try to patch it up later on.

As much as the above signs are definite red flags in a relationship, it’s still essential to remember they can be caused by other factors. Whether he wants to break up with you, or is simply going through a rough patch, these warning signs are still not to be overlooked.

The biggest red flag is consistency – if your boyfriend keeps displaying the above behaviours, then you definitely have an ending romance. 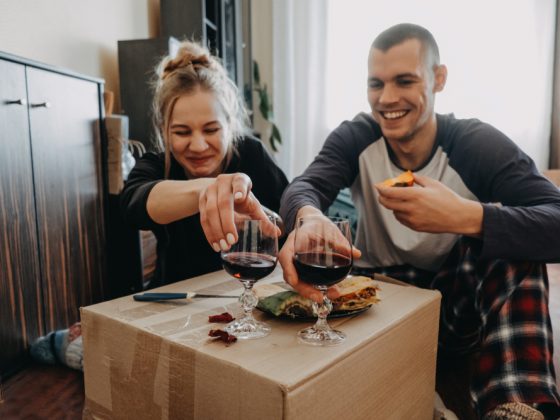 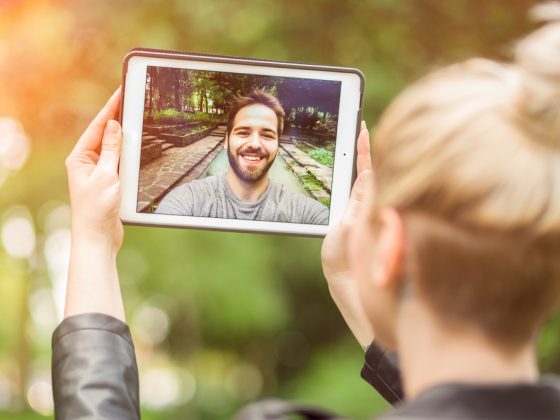 When to Take a Break Or End a Long-Distance Relationship? 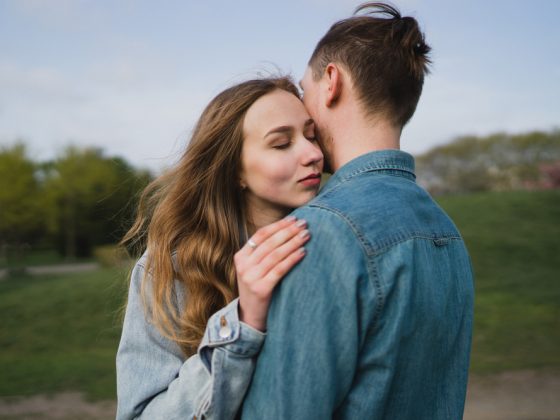 18 Best Ways To Deal With An Insecure Boyfriend 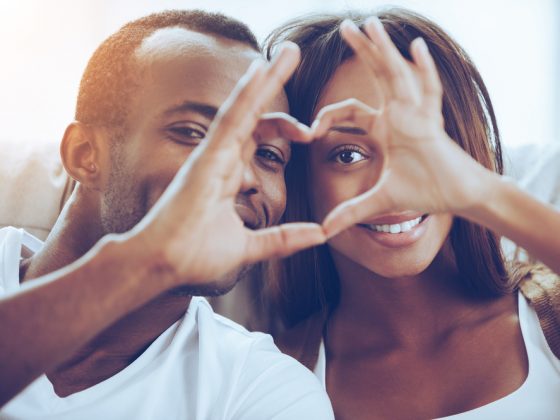 How Often Should You See Your Boyfriend?