There is no cure for heartbreaks, and there’s no stopping them either. Heartbreak is painful, hurtful, and downright sorrowful when it happens.

What’s even worse is a heartbreak that comes out of the blue and pulls the rug from under your feet with such force that you fall flat on your face and into an abyss of confusion, shock, dismay, and fifty shades of ‘”wtf’ happened?”.

Often, looking back, you’ll find crystal clear signs that things started going south in the relationship – but such insight can be too little too late to heal your broken heart.

Keep reading if you want to learn the signs that he’s about to end things – and save yourself the extra heartache.

The only way you can protect yourself from the hurt, confusion, and shock is to be able to spot the red flags ahead of time.

Being wary of any changing dynamics in your relationship can prepare you for the aftermath of a breakup. Heartbreak is awful, but seeing it coming can help cushion the blow.

1. You can no longer have a pleasant conversation.

Communication is key to any healthy, thriving relationship. If you find yourself sitting and thinking about how a simple conversation about pancakes escalated to a Gordon Ramsay show full of expletives, it’s time to think about how often it’s been happening.

Maybe your conversations start with a mundane something, and you both end up huffing and puffing, and can’t help wondering where all the anger came from. You might be beginning to shudder at the idea of talking to your man because the always resulting fight is exhausting.

If it’s been going on for a while, he’s surely on his way to breaking your heart.

2. He doesn’t participate in your personal or intimate discussions.

While fighting, arguing, and hurling expletives at one another is a warning sign; Ironically, so is being quiet, passive, and responding in monosyllables.

If he’s been giving one word replies during your soulful conversations for the past month, you should be concerned. Often, when your partner responds with a one-word answer, or non-words including “hmm”, “uh”, and “um”, don’t be fooled: it’s not an actual conversation.

The same can occur through text messaging. When you look back, these warning signs are more than evident. Be wise and look ahead to see if his one word replies or his “ums” have been his best contributions to your personal/ textual conversations for some time now.

Sure, men aren’t as expressive as women. But if he doesn’t say “I love you” the way he used to, you might start hearing excuses like:

Excuses, excuses, excuses. If your man is becoming consistently stingy in using the L-word, it might be sooner than later that he’ll make it known that he’s going to break your heart.

4. The romantic gestures have stopped.

So you’re past the honeymoon love-dovey phase of your relationship, and you’ve entered the phase where you can give each other a bit of breathing space. The honeymoon phase might be over, but the romance should still remain.

A little gesture, gift, note, and everything with a surprising element can bring back the romance to a relationship. Gestures like taking off his jacket and putting it on you when you’re chilly, taking you to a Robert Pattinson because he’s your favorite actor, or texting you a picture saying “I saw this flower and it reminded me of you”.

If you’re shocked that a relationship should still have the element of surprise, you’ll probably have a surprise coming your way soon!

5. You can’t remember when your last vacation together was.

Spending time with your loved one away from the usual hustle-bustle is an excellent way to reignite the spark and test your relationship, as it involves putting a conscious effort into taking out time, planning, budgeting, and executing.

6. He stops thinking about the “we” in your relationship.

Communication has become scarce and difficult, and in those rare times when you do have a casual chat, you start noticing “you” are hardly in the picture.

He talks about himself as an individual, and you can’t pick up “we” in any of his future plans. This could be a flipped Freudian Slip, where the subconscious feeling is revealed in the absence of “we”. His unconscious self is cutting you out of his future.

Keep an ear out for the missing “we” when you have those rare conversations, and brace yourself for an unpleasant announcement.

You’re both busy with work, school, or both. You’re both swamped. But when the weekend comes, he tells you he’s hanging out with his friends – the entire weekend.

If he can find the time for friends but not for you, its time to place a red flag next to your place in his priority list – right at the bottom.

8. His friends and family have distanced themselves.

You might have started noticing that his once extremely friendly friends are a little awkward when you are around. Maybe his sister doesn’t invite you over as much as usual. There was no Thanksgiving dinner this year, and when his parents sent a Christmas package there was nothing in it for you. This should definitely be a huge warning sign.

9. You can’t remember when was the last time you had sex.

You can choose to ignore all the warning signs above and trust the good man he once was. You’ll probably find a carpet big enough to brush everything underneath, and on the surface, it will be well and dandy.

If you don’t trust anything else, at least trust your gut if it tells you to hang on to the relationship or get out of it.

A study at Stanford concluded that intuition-led choices had a 68% success rate, while logic based decisions only had a 26% rate. If you want to turn a blind eye to all the other warning signs, listen to your gut if it starts waving the red flag.

No matter how a relationship ends, nobody deserves to have their heart broken before they know it. There are always signs leading up to it if you care and dare to see it. Relationships are beautiful, but not all relationships last forever, and if it ends badly, it can be brutal. Enjoy your relationship, but heed the warning signs – so that if it ends, you’re prepared for it. 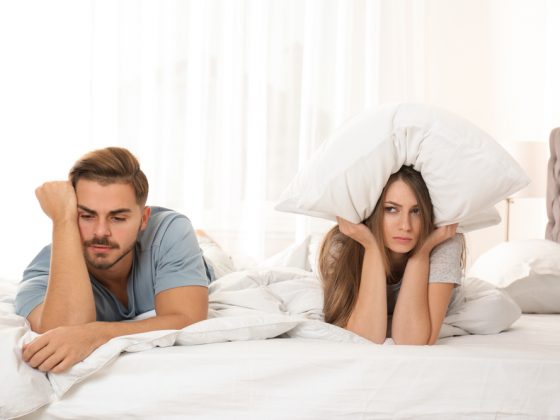