You’re in a delightful relationship with a wonderful man who truly loves you, cherishes you, and makes you feel on top of the world. You can ask for nothing more. However, there’s one minor problem: you can’t bear to be in the same room as his best friend.

Maybe he is a sloppy drunk or unambitious and jobless who does nothing but sit in your lounge all day, drinking beer, eating unhealthy snacks, and littering all over the house. Maybe he’s a womanizer and his disrespect towards women makes you squirm.

There are many reasons why this person may get on your nerves, but unfortunately, this guy is your boyfriend’s best friend – and your boyfriend thinks he’s an absolute delight.

It ruins the mood when you address the subject or call your boyfriend’s best friend out on his nonsense. The best friend doesn’t accept the blame and you end up being the bad guy.

You feel like you are somehow intruding on your boyfriend’s friendship with this obnoxious person. You don’t want to end your relationship, but his best friend’s behavior might just be pushing you towards a breakup.

Expecting everyone to get along with you is unrealistic, but making peaceful overtures to mitigate already inflamed situations is not. Patience and kindness go a long way in putting out proverbial fires.

If you don’t put out these fires or figure out how to make peace with your boyfriend’s best friend, someone will likely end up hurt.

So, here’s what you can do if you can’t stand your boyfriend’s best friend:

When a person gets serious in their relationship, their best friend starts to miss them. Something similar has probably happened in your life.

Now that your boyfriend spends most of his time with you, he hardly has the time to hang out with his best friend – the person he would hang out with the most before you came into his life.

There is a good chance that your boyfriend’s best friend wonders where he will fit in now and is acting out to try and get his best friend’s attention.

Friendships can be as deep as romantic relationships, and you might dislike him because there is an ongoing tug-of-war between him and you.

Unfortunately, sometimes guys just don’t know how to be friends with a woman unless they are actively trying to sleep with her. So, they start behaving weirdly and say and do things that seem ridiculous.

If his best friend hazes you or teases you about your insecurities or things out of your control, don’t frustrated. Play along and tease him right back. Show him that you’re up for the challenge.

This man is just devolving into the kid on the playground who pushes and shoves other kids because he feels uncomfortable.

3. Look for signs that his best friend doesn’t like you either

If you don’t like them, that’s one thing, but it’s a different matter altogether if they go out of their way to exclude you. These signals all point to the fact that your boyfriend’s best friend doesn’t like you.

If this is the case, make an effort to get along with them and speak with your man about their behavior.

4. Be introspective about the situation

Sometimes, instead of finding faults in others, it’s better to be introspective and think about what you’re doing wrong. Maybe you don’t like him because you have bad experiences with toxic best friends who meddled in your previous relationships.

Maybe your dislike stems from the fact that your boyfriend’s best friend has known your boyfriend longer than you have and that he has seen all the other girls your boyfriend dated. There is a good chance this brings out your insecurities (as it does in all of us).

If you truly want to solve the issue at hand, then you need to be more introspective about the situation.

Your boyfriend will almost certainly defend his friend because he sees the positive in him, whereas you do not.

However, don’t hold back if your boyfriend’s best friend is doing something hazardous or illegal, such as driving while drunk or shoplifting, or if he insults you or your boyfriend or does other things you know are wrong.

6. Consider the fact that you might be jealous of him

Sometimes, our worst side comes out when we are jealous of someone else, and most of the time, we don’t even realize it.

Whatever the reason, you still end up feeling jealous. It makes sense that you might see your boyfriend’s best friend as a threat or someone your boyfriend likes more than you.

If that is the case, then you just need to give the two of them space to do their own thing and find things to do with your boyfriend outside of his friendship with his buddy.

7. Don’t make your boyfriend choose between his best friend and you

Assess what it is about his friend that you find objectionable. Does he bring out a side of your boyfriend that was hidden from you previously? Does he make your boyfriend say or do things that you didn’t think he was capable of doing?

Most people behave differently in front of their parents, their friends, and their significant others. There is nothing wrong with that.

It’s not fair to make your boyfriend choose between you or him. Both of you can coexist without causing fights.

8. Don’t hang out with his best friend too much

Plan a dinner date with him on Saturdays if he wants to spend Sundays with his best friend. It’s all about balance.

If you feel like your boyfriend behaves differently towards you after hanging out with his best friend, you need to set some boundaries. There is nothing wrong with letting your boyfriend know which of his actions bothers and hurts you.

Alternatively, if your boyfriend’s best friend is always at your house, says mean things about you to strangers, or even mistreats you or your boyfriend, it’s time to set some boundaries and let the best friend know his place in your life.

Try to outline some guidelines that all three of you can agree on.

10. Don’t talk repeatedly about the situation

If you have a good thing going with your boyfriend and he makes you feel like the most precious girl in the world, then what his best friend does on the rare occasions you meet shouldn’t matter much.

Focus on the positives of your life and don’t talk to your boyfriend about this situation again and again.

It’s not his fault that you and his best friend are not getting along. Instead of asking him to be your peacemaker, just focus on being the best possible girlfriend you can be.

No matter what you do, don’t tell your boyfriend to choose between you or his best friend. That will only make matters worse. Even if he picks you, he’ll be upset that you forced him to give up his support system.

Not to mention, he will feel as if you pressured him to make a decision, which will make him feel like he can’t make decisions on his own. You don’t want him to end up resenting you.

Find anything you have in common with your boyfriend’s best friend – even if it’s only superficial – because it will make spending quality time with them more bearable.

You may even be surprised and have a good time with them. After all, if your partner adores them, there’s a chance you’ll find something endearing about them as well.

While telling them what a childish nitwit they are can be amusing, it can also be considered warfare. It’s one thing to stand up for yourself by pointing out specific situations that irritate you, but a confrontation about their personality isn’t going to help you here.

14. A man is defined by the company he keeps

If your relationship was a bed of roses until your boyfriend’s best friend came over, you need to consider the possibility that maybe your boyfriend isn’t as wonderful as you thought. Maybe he is putting up a show for you and becomes his true self in front of his friends.

Even if he has outgrown his friends, hanging out with them constantly means he still wants to be his old obnoxious self again. Birds of the same feather flock together, after all.

If his friends are rude and arrogant, and your boyfriend starts behaving that way as soon as he starts hanging out with them, you need to consider that this is actually how your boyfriend is.

This isn’t something to be taken lightly. Try to look at your relationship objectively rather than through rose-colored glasses, and if you realize that the bed of roses is littered with thorns, then you know what to do.

15. Talk to your boyfriend about it

It’s best to confront a problem at its source. However, be tactful – you want to resolve the situation, not exacerbate it. Try not to lose sight of the fact that this is his best friend, after all.

When you bring up this issue with your boyfriend, let him know you understand how important this relationship is to him and then explain the problem.

Try to point out the best friend’s mistakes objectively and in a matter-of-fact tone. Try not to sound accusing. Just communicate to your boyfriend that the two of you are not getting along.

16. Make a concerted effort to be friends with his best friend

You don’t have to be best friends with your boyfriend’s best friend, but you should attempt to get along with him. Engage in some light banter. Pretend to be having a nice time by smiling.

Essentially, fake it till you make it.

When you start putting in more effort, you might find that they have a few redeeming qualities after all. Maybe your partner enjoys spending time with them because they’re amusing or provide excellent support.

Once you start seeing the good in him, you will notice that you will start liking his company too.

If nothing else works, just take one for the team. Focus on your boyfriend’s best friend’s positives, be receptive to their ideas, and see what else they have to offer.

Even if they lack the depth and maturity you desire, they must possess some redeeming traits, or your boyfriend wouldn’t hang out with them.

Be a team player and the first one to break the ice.

18. If nothing is working out, consider breaking up

In extreme cases, best friends can decide if a relationship lives or dies. If you feel like you’ve come to the end of your rope, and your boyfriend is surrounded by friends who are disrespectful, indulge in illegal activities, and can’t seem to get their lives together, then it’s time to reconsider your dedication to this relationship.

Don’t get caught up in who’s right or wrong; instead, discuss the situation with your boyfriend and tell him how you feel and what this means for your relationship.

If your boyfriend wants to keep his friends or his current lifestyle, you must do what is right for you and your future – even if it means breaking up with your partner.

Feeling like a third wheel when you hang out with your partner’s best friend can be tough to deal with and may make you feel like you don’t belong. However, you can take the above-outlined steps to deal with the fact that you dislike your boyfriend’s best friend and live a happier life. 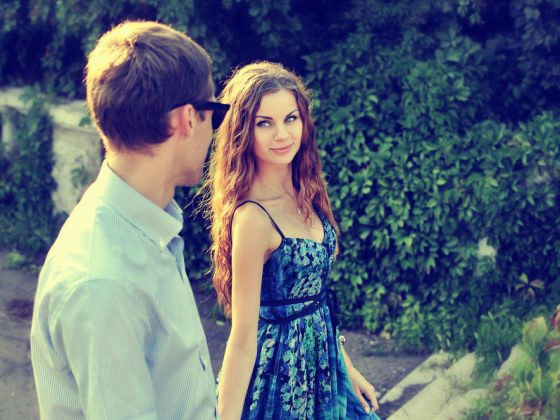 Do Guys Miss Their Crush?

15 Signs He Will Be Dominant in Bed

Do Guys Get Over Crushes Easily? 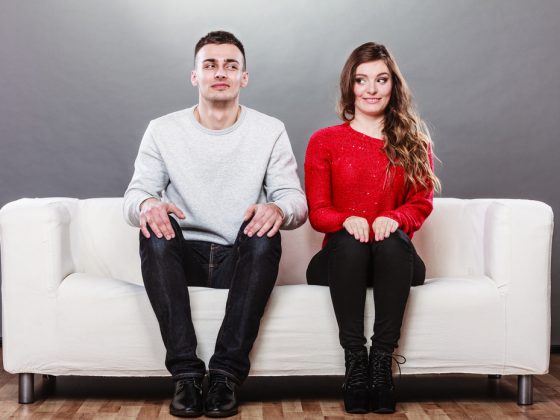