It’s hard to know what this means for sure. There are many reasons why someone may have never had a relationship before, and it can be difficult to pinpoint the answer without getting more information from them.

There are, however, some common reasons why a guy hasn’t had a girlfriend. We’ll discuss these and some tips on how to figure out what it means based on the explanation they give you.

It’s important to note that there is no right or wrong answer in this situation, but if this is something you want clarification on, then hopefully this list helps!

Many people who are shy may not be comfortable in social situations, and this can make dating difficult. They often worry that they won’t be able to carry on conversations with their date or socially interact well in general.

If the person you’re wondering about is shy, then ask him what he’s looking for in his ideal relationship. He may just need some more time before he feels ready to get into something serious with someone else.

If he’s open to them, you might also want to offer suggestions for how to become more confident. This will help him to feel more comfortable in social settings and improve his self-esteem.

Some people do prefer to be single, and this is perfectly normal. This doesn’t mean that something is wrong with them (or you), it simply means that they enjoy their alone time and would rather focus on other areas of their life.

If he is like this, then try to ask him why he doesn’t feel like being in a relationship at the moment. You may find that something in his life has made it difficult for him to date, and this could be temporary or permanent.

Also, make sure you let him know that he doesn’t have to be in a relationship with someone if he is currently happy being single.

If the person you’re wondering about says anything like this, then just ask them what they enjoy doing for fun and find other things to do together that will help to build your friendship instead of making it romantic or “official.”

3) He is focused on other areas in his life

Sometimes, when a guy has never had a girlfriend, it’s because he is so focused on school or work that dating doesn’t seem important right now.

If this seems to be the case with your friend, then you might want to encourage him to take some time out for himself and relax once in a while. This will help him recharge his energy levels after long days at college or work and make him more likely to want to go out after school or work.

4) He has trust issues

If a guy has never had a girlfriend, it may be because he is afraid of being hurt. Some men have experienced emotional abuse from women in the past and this can make them reluctant to get into another relationship for fear that they will go through something similar again.

If he opens up about his feelings around trusting women, it’s important to be as supportive as you can. He might need some time before opening himself up emotionally again, but your help now could mean that he finds someone who won’t cause pain later on.

If he is religious, then it’s important to find out why this means that he has never had a girlfriend. Some men who are very devoted to their religion may choose not to date women outside of it because they believe that doing so goes against God.

This isn’t always the case, so simply ask him about his beliefs and what being religious means to him personally. He may just need some time before deciding whether or not dating someone from another faith (or no faith) would fit with his values.

Asking questions like these can help you figure out exactly where your friend stands on having a relationship right now. If nothing else, asking will give you an idea of how willing he is to consider one.

6) He is hiding something

If the guy you’re asking about has never had a girlfriend, he may be hiding something. Maybe he is secretly married, or maybe there’s just someone else that he prefers to spend his time with!

Is there a reason why other girls didn’t want to become his girlfriend? Maybe they found something out…His answer will help you find out what he’s hiding, but it could also make you uncomfortable. Make sure that you’re comfortable asking questions about his past relationships if this is the case!

It can be difficult to find out exactly why your friend hasn’t dated anyone yet, but it will definitely help if you ask him directly. If nothing else, this will give you some closure on whether this means that there’s another woman in his life right now.

If he’s perfectly happy being single, then his lack of a girlfriend may have been because he wasn’t conventionally attractive. While this definitely isn’t okay, it can be true that a guy who is less good-looking just doesn’t get as many opportunities to date certain types of women!

Does he seem to have very low self-esteem, or does he just not care about his appearance? If so, then there’s a good chance that this is why girls never wanted to date him.

Be gentle if you ask him this question because it could upset him and cause problems between the two of you moving forward.

Try asking open questions like these instead: “Do you think your looks have held back your chances at dating?” This shows that you’re only interested in hearing what he has to say as opposed to judging him based on how others may see his looks.

Remember that sometimes things are outside of our control when we’ve been single for a long time. His answer should help you see why he hasn’t dated before.

8) His standards are too high

A guy may not have had a girlfriend because he has very high standards. He may eventually notice that all of his friends are in relationships or married, and it will become clear to him that there is no reason why he should be single forever!

This guy expects to find the perfect woman and won’t settle for anything less. He’s probably been on some dates that didn’t go anywhere, but he’ll keep looking until he finds someone who is perfect for him.

Remember: don’t judge someone for having high standards, especially if they’ve been hurt before. Helping him find a more meaningful relationship will mean that you’re doing something nice for him in the long run.

9) Insecure about having no experience by a certain age

A guy who has never had a girlfriend may just be insecure about having no dating experience by a certain age. This is very common for teenagers and young adults, but it can also happen later in life.

You’re probably wondering why someone who is older would feel this way, but the truth is that not everyone gets to date when they are younger and starting as an adult can make them feel behind everyone else.

Not all people have the same goals in their relationships. If you ask him why he thinks nobody has wanted to date him yet, his answer will tell you whether something like this was true for him.

Remember that an insecure person is often looking for a lot of reassurance from their partner. In this case, it may be best to just let him know that you would never judge or question his past dating experiences and move on from there.

This guy likely isn’t sure why he has no experience with women and is also searching for clarity. Talking about this with him might help both of you to understand why he’s always been single.

A guy may not have had a girlfriend because he gives up too easily. If a quick relationship doesn’t work out for him, then he gives up instead of trying again with someone else who might be better suited for him. This happens to some people sometimes, but for him, the same thing happens over and over again!

He’s perfectly content being on his own without worrying about finding something deeper than casual dating. This is something that should be respected regardless of whether you’re attracted to him or not because it shows he doesn’t need anyone else in his life.

A guy who has never had a girlfriend might be scared of rejection and wants to avoid feeling uncomfortable at all costs. This means that the moment someone doesn’t seem interested in him he becomes distant to avoid getting hurt.

This could lead to some potential partners thinking there is something wrong with him when in reality, he’s just trying to protect himself from being hurt again. Try asking open questions and encouraging him to share his thoughts and feelings about past dating experiences.

A guy who has never had a girlfriend before may just not want one yet. If his parents are pressuring him into getting married soon after graduating college or high school, then he’ll likely wait until he’s married.

Of course, this is his choice and something that you as someone who wants to date him should respect! Maybe he doesn’t even want an arranged marriage – but it shows how much he cares about family values and that is to be respected.

A guy who has never had a girlfriend may just need to get out more. Maybe he’s been working too much and going home without socializing with his peers. He might be shy, but getting him outside of his comfort zone is the best way for you two to spend time together.

This guy needs to stop gaming inside all day and get out there where he can meet the right people! The best way to do this might be through mutual friends or getting him into hobbies that are more social in nature.

A guy who has never had a girlfriend may just be asexual. In this case, he might have a real lack of interest in dating or sex and just doesn’t want to explore that part of himself with anyone.

Some people simply aren’t interested in having a sexual relationship because they don’t feel the desire to do so. Don’t feel like this reflects badly on you – this person feels this way about everyone. Maybe it’s best to just focus on developing a healthy friendship with him instead.

There are many reasons why someone might not have had a girlfriend before. If you find out that the person you’re interested in has never been in any serious relationships, try to understand why this is.

While we all have a past, it’s important for him to be honest about what he’s looking for in the future. This will allow you to understand how serious he is about dating and whether or not it would be a good idea to pursue a relationship with him. 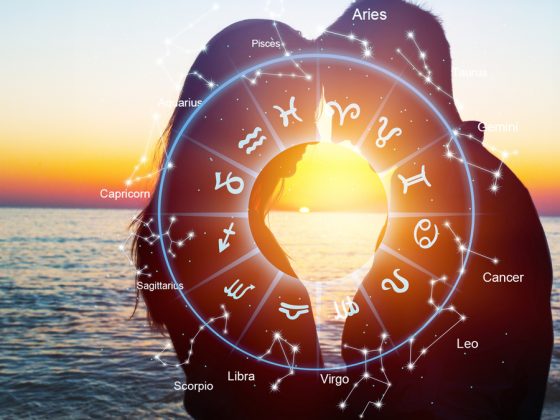 What Are The Most Loyal Zodiac Signs? 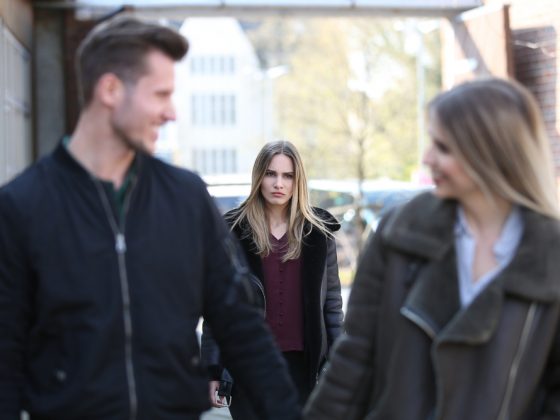 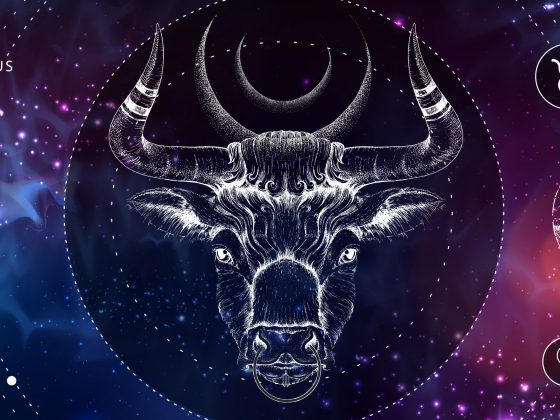 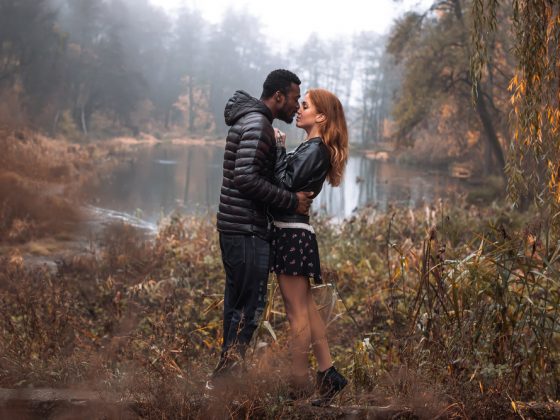