The dazzling Leo man, born between July 23 and August 22, is a fixed fire sign and the absolute king of the jungle.

Known to be a bit self-absorbed and vain, this man is also warm, sociable, and romantic.

There is so much more than what first meets the eye. A date with a Leo is rarely boring – so prepare to be spoiled. Are you ready for the ride of your life?

Leo men in a nutshell

Ruled by the sun and represented on the zodiac by the lion, Leos are often described as brave, passionate, loyal, charismatic, and somewhat dramatic.

Leos are the most outgoing sign on the zodiac and also the ones who demand to be the center of attention.

Want to spot a Leo at a party? He’s usually the one surrounded by lots of women laughing at his jokes.

Leos love the attention from friends and strangers alike. They have many friends and go out a lot.

Leo is one of the few star signs who is both a man’s man and a lady’s man. With his creative mind, extroverted personality, and charismatic nature, he attracts attention anywhere he goes.

He’s a big lover of all the finest things in life, and will only ever settle down with a partner who can live up to his standards and share his love of all things good in life.

Best matches for a Leo man

Here are 7 personality traits and characteristics of Leo men that you should know about.

From the moment you meet Leo, you know he demands to be treated differently from everyone else.

Therefore, he usually comes across as overly confident, opinionated, self-centered, and dramatic.

How can you tame the wild lion and make him act more like a kitten? You need to be patient with him – once he gets to know you, introduce some balance into his life.

Show him how to consider other people’s feelings.

The positive thing is that not only does he fight for the best in life, but he also wants to make sure the woman he dates gets the best treatment too.

He’s caring, romantic, and a true gentleman. He will treat you right and take you to amazing places.

Ready to take the plunge and follow him into the wild? This romance will be something else!

Once you start dating a Leo, you will be treated like a queen. He demands loyalty and affection, and in return, he will give you the world.

When he meets someone he likes, he pursues them relentlessly.

As a result, you will feel like the most spoiled woman in the world. He will show you a good time and remind you how special you are.

He is proof that chivalry isn’t dead!

Just like the lion, this man is quite territorial over his space and things. His home is all about his comfort.

You will likely find him sprawled out on the sofa, enjoying an expensive bottle of wine, and watching an old movie.

Once you enter his lair, be prepared to serve him. This isn’t an exaggeration – he’ll wait around for you to make him food, stroke his hair, or give him a massage.

The perfect match for the Leo man is a woman who’s quite generous with her time and giving with her attention.

He wants to enjoy a cozy and luxurious life, and if you are up for joining him, he will make sure you get to share the best things in life with him.

Not only is he territorial about his possessions, but he’s also the same way when it comes to his partner.

If you want to talk to some random guy at a bar, think again. Your Leo man simply won’t allow it.

Once you have committed to him, make sure you don’t give him reasons to get jealous or you will experience a wild animal’s wrath.

At the end of the day, he wants to be treated like a king, and naturally, a king is nothing without loyalty.

A Leo man is extremely devoted to his career aspirations. He wants to succeed in life, and nothing less will do.

He’s ambitious, focused, and hard-working. His sociable, extroverted nature makes him a good leader, but he can also come across as quite arrogant in the workplace.

If you want your relationship to succeed, don’t make him choose between you and his career. That would be a huge mistake.

He wants it all! His ideal life is focused on a successful career, which helps him provide for those he loves.

You need to support his work ambitions and let him navigate his career, no matter what it takes. The perfect woman for him won’t hold him back, she will push him forward.

As a result, he wants to make sure you are doing your best for your career too. He will gladly help you with advice and connections.

There’s nothing more disappointing for him than a woman without ambition or life goals.

It’s hard to date someone else after being with a Leo because he will have raised the bar really high. He’s romantic to the core and unapologetic about it.

He’s all about public displays of affection, Instagram couple photos, and saying “I love you” first.

Sometimes, however, it can feel like he’s putting on a show and building a relationship that’s only Instagram-perfect.

Make sure you communicate your boundaries and ensure that you get some time one-on-one, without pictures and an audience.

As romantic as he is, his flair for the dramatic comes to the surface way too often. As a result, you may find yourself speaking two very different love languages.

It’s important to understand each other’s love languages and how best to complement one another, not clash with each other.

If you would much rather date someone quite low-key, then the Leo man is unlikely to it.

One of the downsides of this man is his rather fragile ego. He needs constant attention, affection, and reassurance.

He talks about feelings a lot, which is great, but you get the feeling that he’s often too sensitive for his own good.

This man is so big-hearted and affectionate that it’s no surprise he’s at his happiest when everyone around him is happy too.

You can imagine his devastation when things don’t go his way.

7. You have to play along with him

If you have fallen in love with a Leo, there will be a whole new exciting part of dating to enjoy.

But you will need to play along with his games, even when you disagree with him or get slightly annoyed with him.

As they say, you’ve got to take the good with the bad. The question is, are you ready to play?

So, what kind of woman does it take to get Leo’s attention? He’s definitely attracted to feminine features and eye-catching clothing.

A confident woman who smiles a lot and dresses well will always get his attention.

Pair that with intelligence, extroversion, and a kind disposition, and he’s totally smitten. Above all, he wants to date someone who’s got their life together.

A woman should be beautiful and confident and never needy or clingy.

A woman with a successful career and strong values is a huge turn-on. He wants to be inspired by the woman he’s with!

Leo man in a relationship

The Leo has high ideals when it comes to love, relationships, and marriage. He wants to treat his date, take her to fine restaurants, travel, and explore the world together.

Once he’s had some fun, he settles down with the woman who he sees as his equal – both in terms of looks and intelligence.

The Leo man is a great husband and father – loyal, caring, and protective, he’s everything a woman can dream of.

As he likes to be taken care of by the woman he loves, you need to remind him once in a while that he can’t take you for granted.

Once you make him the center of your attention, he is all yours.

There will be other women circling around him, so you need the right balance between affection, loyalty, and adventure to keep him interested.

Sex and intimacy with a Leo man

Of course, you can expect the wildest sex of your life with this man. There’s no question about that! He’s giving and generous and he loves to please a woman.

He loves to talk dirty and laugh in bed. You will have a lot of fun together!

Sex and intimacy are incredibly important to the Leo. He can’t imagine being with a woman who doesn’t have a strong sex drive. 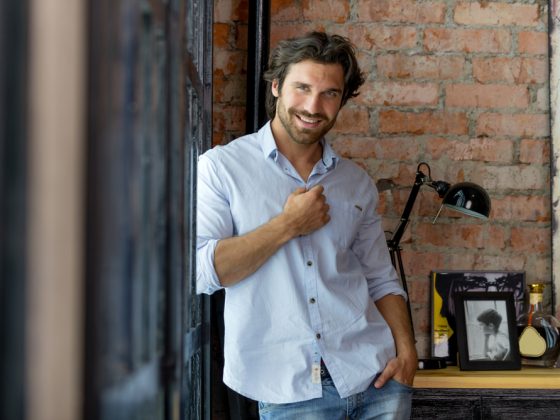 8 Signs That a Leo Man Has Feelings For You 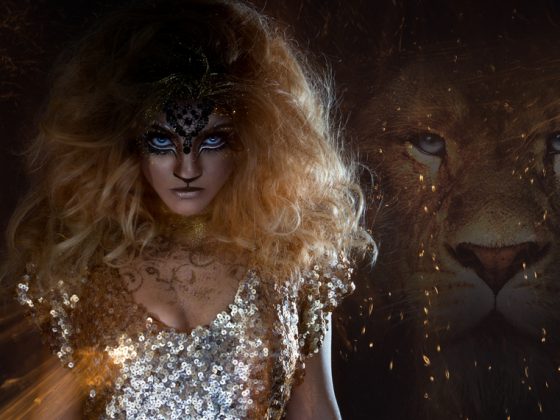 4 Best Matches for a Leo Woman 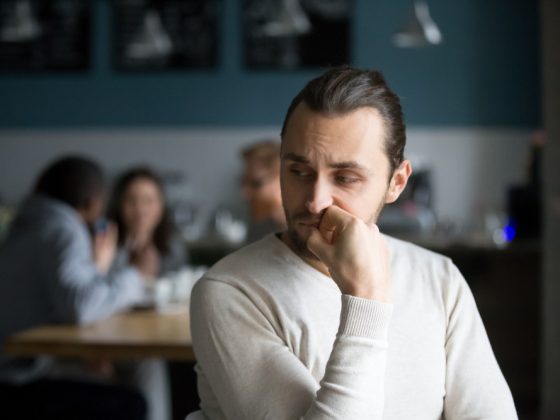 10 Things You Should Know About Dating a Leo Man