Texting is a popular way that people communicate when they aren’t talking on the phone or meeting in person.

If you’re texting a person that you’re angry with, you might feel like using profanity and possibly even threatening them.

However, you might wonder if it is illegal to send threatening text messages to another person.

Since there is proof, there would be no way for you to deny threatening the person via text message.

Depending on what state you’re in, there are certain state and federal statutes that strictly prohibit any threats in written form.

The consequences of threatening someone via text message

Whether you text, email or post a threat on a social media site, you could be sentenced to up to five years in federal prison, and you could also face local and state charges, as well.

Even if your threat is a hoax or a joke, you could still face some pretty steep charges, even if the person you threatened doesn’t wish to press charges.

Threats sent via text, email, or social media are taken very seriously by the FBI, so refraining from making anything that could even be interpreted as a threat is best.

Even if you’re extremely angry and feel like physically harming someone, you should never send them any type of electronic message threatening them.

You should instead, stop communicating with the person and give yourself time to calm down.

Maybe once you’ve had a sufficient amount of time to cool down, you’ll no longer feel like you want to hit the other person, but if you do, then you should rid yourself of the anger in a positive manner, such as by working out, using a punching bag, or even meditating.

Are verbal threats treated the same as electronic threats?

Verbally threatening a person is not treated in the same manner as texting or emailing a threat.

It’s easy to become angry and blurt out things that you don’t mean in the midst of an argument, but you need to be careful to refrain from making any threats since it’s still a crime.

Is it true that the government can access everyone’s private text messages?

While there aren’t likely government officials sitting around intercepting everyone’s private text messages on a regular basis, you should realize that your text messages aren’t as private as you’d like them to be.

Not only are text messages admissible in a court of law – meaning that if you send threatening or other types of private text messages to a person they could later be held against you – but you’re leaving behind electronic proof of the threats.

Many people also believe that the government does spy on consumers’ private emails, text messages, and social media posts, but there is no way to prove this.

If a person decides to send a threatening email to someone (or any other email that they want to remain private) instead of a text message, then they’re playing with fire.

So, not only is it best not to send threatening messages to anyone via any type of electronic manner, but it’s best to refrain from threatening another human being in the first place.

If you ever receive a threatening text message from someone, whether you know them or not, it’s best to immediately report the threats to the police.

There have been many instances in which people have been threatened and harassed via text message, and there is no reason to simply contend with the problem on your own.

When filing the police report, be sure to provide the police with as much information about the person who sent the threat as possible, which will help them to more easily take the appropriate action.

No matter how angry you might become with a person, threatening violence will only make things worse.

You might feel like you’re venting your feelings to the person with whom you’re angry by saying, “I’m going to kick your ass,” or “I’m going to knock the shit out of you,” but threatening a person doesn’t provide a resolution.

In fact, threatening a person could cause you to become injured, because if the person takes your threats seriously and decides to attack you before you have the chance to attack them, then you could be in serious trouble.

All threats aren’t treated the same

Since you aren’t threatening to harm or kill another person, these types of text messages aren’t considered threats.

So, if you want to send these types of messages via text to another person, then you don’t have to worry about getting into trouble with the law. However, please note that it is never a good idea to threaten anyone in any way at all.

Can you get away with hitting a person without going to jail?

Everyone is aware that physically striking another person is illegal and can result in time spent in jail.

However, if someone physically attacks you and you refuse to press charges, then the attacker will not be arrested, and he or she won’t be charged with a crime.

However, if you do opt to press charges, then the attacker could face some potentially serious charges.

Can a parent physically reprimand their child without the possibility of going to jail?

Many decades ago, it was the norm for a parent or even a teacher to use corporal punishment on a child in order to teach them to behave properly.

There have been cases in which parents have gone to jail for physically reprimanding their children, even if excessive force wasn’t used, because of these laws.

Why is the FBI so strict about electronic or social media threats?

The FBI found it necessary to create stricter laws regarding these types of threats because so many young people would send electronic messages threatening to blow up their schools, kills someone, or something similar, but they weren’t real threats, yet the FBI still had to take them seriously and conduct a thorough investigation.

The FBI needs these young people to know that making such threats is not a joke and that you will suffer serious consequences, whether the threats are real or not.

If a person sends you threatening text messages, don’t send them similar messages in retaliation

While you likely won’t go to jail for sending retaliatory threatening text messages to someone, it’s best not to respond at all.

You’re only making the person sending the threats angrier and more likely to physically harm you if you send such messages back to them.

It’s best to head to your local police station and file charges against the person so the police can handle the situation the right way.

Threatening someone via text message is obviously a crime that is taken seriously by local, state, and federal law enforcement.

So, instead of resorting to threatening someone via a text message out of anger, you need to calm yourself down as quickly as possible, by any means necessary.

Calming yourself down can prevent you from potentially being sentenced to spending time in jail for something that you may not have even been serious about at the time. 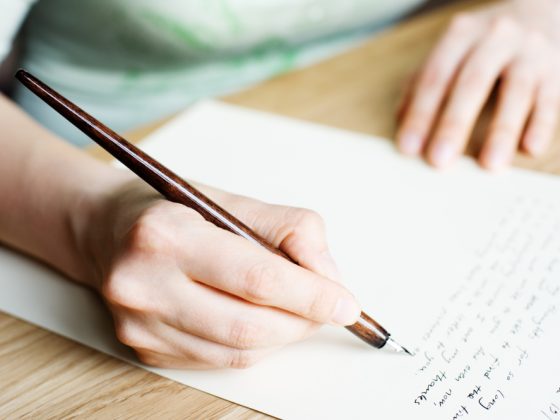