Aries is the first zodiac sign – and a true spring sign. Being an Aries is definitely reflected in a man’s personality. You couldn’t possibly have a boring relationship with this fiery sign – he’s interested in many things and many things excite him.

He’s got a childlike curiosity about the world that’s supported by his creativity and natural optimism, which is infectious. His energy and positivity instantly draw into everyone around him. He’s got many friends and is generally liked wherever he goes.

There are so many things that make an Aries man a great partner and an amazing companion. Read on to learn the 18 important things to know about dating an Aries man.

1. He seeks positivity in everything.

The Aries man is ruled by the planet Mars, giving him strength, energy, and excitement – and he seeks those qualities in his partner, friends, and surroundings.

He’ll always give you a reason to smile and pick you up when you are feeling low and is particularly good at noticing when you’re not feeling well – and makes sure to help you feel better.

Be sure to allow him to express his positive energy around you, and don’t bring negativity into his life. He’ll be your biggest ally and support in life and will help you remember that life truly is beautiful.

His ruling planet gives the Aries man assertiveness and ego and also makes him stubborn and competitive. He won’t admit that he wants to win, but you should know that it’s important to him. He likes having a sense of achievement about everything he puts his energy and attention into. He’s a good team player and likes to support those around him to do well.

3. He’ll be your biggest supporter.

One of the best qualities about an Aries man is his universal likeability. He’s truly a kind-hearted person, who means well and is good to others.

Dating an Aries man is like finding your best friend in a romantic partner. It’ll often feel like you don’t need any other friends because you’ve got him. He truly brings so much to your life.

He listens to you, he supports you, he’s your biggest fan. He wants you to win and to do your best in everything that you do. He reminds you that you can do anything, which is an incredibly powerful form of support.

He’s a total sweetheart who would never intentionally hurt you – and he would expect the same from you.

The Aries man is confident in a quiet, strong way. He may sometimes be a bit naïve, but never egotistical. He knows the woman who’s with him appreciates his unique qualities – and that’s enough for him.

Find yourself an Aries man and enjoy showing him all the sides to your personality. He’ll love them all! He isn’t trying to change you and certainly doesn’t want to feel that you’re attempting to change him.

He accepts you for who you are. Even if you change over time throughout the relationship, he still loves you the same way he did at the very start.

An Aries man, when in love, is the most committed partner you could ask for. He’s in it for the long run. He isn’t afraid to say, “I love you”, sometimes very early on in the relationship. He shows you his commitment and affection with big romantic gestures.

He wants to sweep you off your feet, so he spends a lot of time listening to you to find out what you like or don’t. He wants to bring excitement and spontaneity into the relationship.

You’d struggle to find an Aries man sitting doing nothing. He simply doesn’t believe in being bored. His mind is always engaged with a thought, concept, memory, or plan. He enjoys sitting still, but always makes the most of it.

He appreciates having time to contemplate ideas and read books. He’s a lifelong learner who is always thinking of ways to develop himself. He likes keeping busy, and you could never call him lazy.

It might sound like an exaggeration, but it really isn’t! The Aries man has got a lot of sexual energy – it’s nearly impossible to extinguish it. He’s always ready for action but also appreciates foreplay.

Aries man loves to please his partner, then cuddle and giggle in bed. His presence is like a magnet to his partner. There’s something so strong and calming about the way he holds her that it’s hard to let go!

8. He doesn’t seem to be growing old.

The Aries man seems as youthful as they come! Even as an adult, he’s got the energy of a teenager. He likes to move and use his body to do things around the house. He’s handy and loves a good challenge.

Give him something to fix; he might spend a few hours on it, but he’ll get it done and feel quite pleased about it. He isn’t one to quit – his stubbornness just won’t let him.

Don’t expect an Aries man to sit quietly while you rant about an issue you’re dealing with. He’ll be coming up with solutions, and in most cases, the most logical and sensible solutions you could think of.

He doesn’t believe in spending hours brooding over an issue without actually trying to resolve it. Make sure he knows when you are seeking a solution, or if you just need a shoulder to cry on.

The Aries man is incredibly social. Even the most introverted Aries men are still great at making friends and engaging with new people. He’s instantly liked wherever he goes.

He’s a great listener and truly loyal to the people he cares about. He’s that great friend everybody wants to have in their circle. As a result, he’s got many friends – both men and women. You need to accept that and try not to stand in the way.

11. Women are attracted to him.

The Aries man exudes energy and confidence, which is incredibly attractive to women. Be warned that you may be a little jealous of the female attention he gets regularly. Make sure you don’t show you’re jealous – or it’ll piss him off a little.

He wants to be with a confident woman who knows her worth, not an insecure, jealous person. Do your best to control your emotions and remember that he’s with you for a reason.

Just be careful. Aries is known as one of the star signs that are most likely to cheat – so if you suspect he might be cheating on you, here are 21 signs to look out for.

The Aries man might let you believe that you are in charge of the relationship, but that’s only because he wants to please you and have a peaceful relationship. The truth is that he wants to be the leader and the provider.

It’s important for him to feel like a man who’s capable of taking care of his woman. He won’t let you walk over him, and he definitely won’t ever seem desperate. He seeks to respect, understanding, and a reasonable partner in the relationship.

13. You need to challenge him.

An Aries man wants excitement and challenge. He can’t stand being with someone lazy, boring, or unchallenging. If you’re in a long-term relationship with him, you may feel like you are both becoming a little boring with time, which can harm your relationship and make him feel unsatisfied.

He likes the chase and needs to believe that he hasn’t ever actually caught you yet – so make sure you stay a little mysterious. He loves the challenge of proving himself to you and growing into the man you want him to be.

Simply hanging out with him watching Netflix or going to the same restaurant every time just won’t cut it. He might not tell you straight away, but he appreciates variety and excitement.

The best date for an Aries man is one where he’s physically involved in a fun activity – think mini-golf, zip-lining, boat ride, or an escape room. Whatever will take you away from the house will get him excited.

Bring adventure to the relationship, and you’ll have him committed for life. The worst thing you can do is hold him back from the active, adventurous life he wants to live.

15. He appreciates you planning things.

The Aries man prefers spontaneity over detailed planning, so if you’re going on a trip with him, prepare to do most of the work yourself. He’ll appreciate your effort and will be able to do what he does best – be impulsive and enjoy the soft landing you provide.

16. He loves his independence.

The Aries man loves his freedom and will hate a woman who tries to take it away from him. He needs to know that he’s in charge of his own decisions, life, and independence. It’s extremely important to him.

Make sure you give him the space he needs to be on his own or to do things without you. It’s important for him that he doesn’t lose himself in the relationship.

He’s a bit of a perfectionist, so when he’s involved in an activity he doesn’t want to just get it done – he wants to do it with a high level of standard. That’s the only way he knows!

He gives it his all in everything he does. He doesn’t believe in doing a half-ass job on anything and appreciates a partner who understands that and doesn’t get in the way. He needs to get things right and feel a sense of accomplishment.

His stubbornness and perfectionism bring another trait to the table, and that’s being picky. He might take a little longer to choose in certain situations and want to weigh in all the pros and cons.

This is probably true of most star signs, but especially an Aries man. He enjoys the attention and wants to feel admired, important, and loved. You certainly can’t love an Aries man too much!

He wants to know that you’re accepting him as he is – the good, the bad, and the ugly. He also loves it when you pay attention to little details and compliments him.

The Aries man is a great partner, a great lover, and later on in life, a great father. Give him a challenge, keep him guessing, and embrace his quirks – and you’ll have a great partner for the rest of your life.

Aries ranks as #4 on our list of zodiac signs that make the best boyfriends ranked from best to worst. If you’d like to find out more about a different Zodiac or other star sign compatibilities, check out our complete guide to Horoscopes – and learn how they impact relationships.

20 Reasons Why Nerdy Guys are the Best Boyfriends 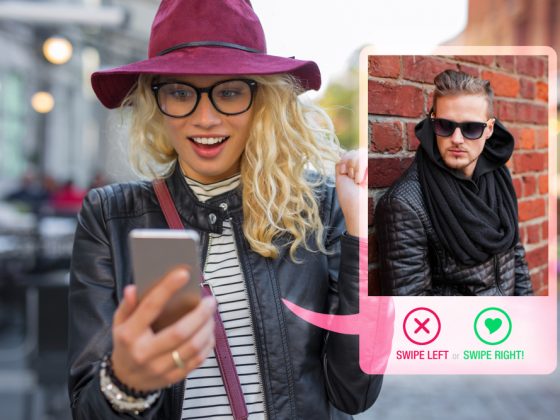 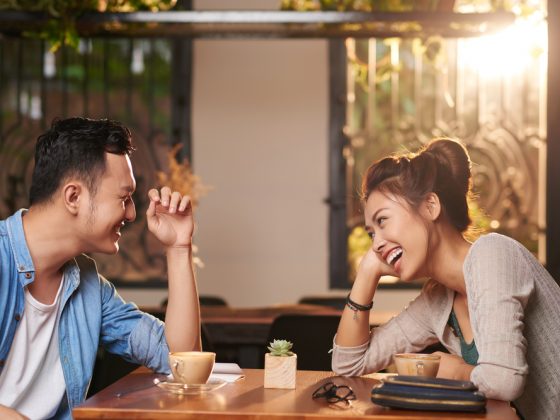 What to Talk About on the First Date: 11 Fun Topics & Questions