Even though every relationship has its drawbacks, we have to take the good with the bad and accept that no relationship is perfect.

Being in love can be extremely fulfilling – not just emotionally but also physically. It can help you relax, heal faster, and even live longer.

We’ve compiled a list of love facts that will make you thankful for this warm and cuddly emotion, despite how overwhelming it can sometimes be.

Three out of ten people in the United States claim they’ve used a dating site or app, but this varies significantly by age and sexual orientation.

At the same time, sexual preference has a significant impact on personal interactions with online dating.

Adults who identify as lesbian, gay, or bisexual (LGB) are twice as likely as those who identify as straight to indicate they have used a dating service (55 percent vs. 28 percent).

2. You’re Less Likely to Get Divorced if You Wait Until You’re 23 to Get Married

The average couple who seeks help from a marriage counselor has dealt with conflict for six years before attending counseling. Some therapists believe that by that time, the damage is already done.

It’s much better to go as soon as things between you and your partner start to grow serious and feel “off.”

4. The Period of Being “in Love” Lasts Roughly a Year

The honeymoon period does not last indefinitely. According to a 2005 study from the University of Pavia in Italy, it lasts roughly a year.

Following that, levels of a substance known as the “nerve development factor,” which is linked to strong love sensations, begin to decline.

5. The Closer in Age Two People Are, the Less Likely They Are to Divorce

According to a survey of 3,000 Americans who have been married, age differences are linked to marital conflict.

6. The Happiest Marriages Are Between Best Friends

According to some 2014 National Bureau of Economic Research on finding on the role of friendship in relationships, marriage contributes to higher well-being.

Even when premarital happiness was taken into account, the study found that marriage increases happiness – and it does so considerably more for individuals who have a good bond with their husbands.

7. A Few Squabbles Now and Then Are Actually Beneficial to Your Marriage

If something doesn’t feel right between you and your lover, you should speak out.

Researchers from Florida State University discovered in 2012 that short bouts of arguing can be good for relationships.

According to the leading researcher, James McNulty, arguing a bit indicates to your partner that certain habits are unacceptable, such as coughing, dumping the dishes in the sink, etc.

8. Arguing about Money Early in the Marriage Doesn’t Bode Well

It may not be the most exciting premarital conversation but discussing money difficulties early rather than later could spare you much misery in the future. However, arguing about money can lead to irreparable tension.

Researchers at Kansas State University discovered that early financial disagreements are the leading predictor of divorce.

9. If You’re Moving in to “Test the Waters,” Your Relationship Might Be Doomed

According to a 2009 study performed by the University of Denver, the happiest couples were the ones that moved in together for reasons other than to test the waters.

Couples who reported testing their connection, on the other hand, were more likely to feel a variety of unpleasant feelings.

The connection was less secure in both groups.

10. The True Indicator of Your Happy Relationship is How Happy You Get About Your Partner’s Good News

Multiple studies have found that couples who actively celebrated positive news (rather than passively dismissing it) had a higher rate of relationship happiness.

11. Couples Who Don’t Do Housework Together Often Develop Resentment

In one study, more than 60% of Americans believed that taking care of housework is critical to having a happy marriage.

If doing the dishes is more important to you than remembering to contact the in-laws, then that should be your job.

We don’t want to spoil your double date plans, but the people you hang out with are quite important.

According to a study released in the “Social Forces” Journal in 2013, divorce can propagate like a social epidemic among friends and families.

If someone in your social circle divorces, such as a coworker’s best friend or a family member, your chances of ending up in divorce court increase by 75%.

13. You’re More Inclined to Cheat on Your Spouse if You’re Financially Dependent on Them

According to research from the University of Connecticut, people who are financially dependent on their spouse are more likely to be unfaithful – and this is especially true for men who are economically dependent on women.

14. Couples Who Value Each Other’s Company are More Likely to Remain Together

Researchers at the University of North Carolina at Chapel Hill had participants write personal daily diaries in which they wrote things their partner had done for them and how they felt about it.

It turns out that couples who were more appreciative of each other had a stronger relationship.

15. When it Comes to Sex, Quality Beats Quantity

Researchers divided a group of heterosexual married couples into two groups: Half of the participants kept their typical sex routine for 90 days, while the other half had sex twice as often.

When the researchers looked at how each group felt at the end of the study, they discovered that the group that had increased their sex frequency was slightly less happy.

16. The Happiest Couples Marry Because They Love Each Other, Not Because of Societal Constraints or a Desire to Start a Family

According to a 2019 survey of 2,000 people conducted by matchmaking site eHarmony, couples who married primarily for love are happier on average.

More than half of those polled felt marriage would make their relationship better.

According to the report, happy couples are also more likely to agree on political issues, have similar educational levels, and believe in free communication.

17. Before Getting Married, You Should Discuss Your Partner’s Social Media Activities

The number of couples battling over their partner’s use of social media has recently increased.

These couples are typically younger, and they are irritated by their spouses’ excessive social media scrolling and posting.

They’re also irritated if a loved one uses Instagram or other platforms to communicate with their ex-partners.

18. You’ll Be in a Happier Relationship if You and Your Partner are Less Materialistic

Materialism, or placing a high value on money and goods, is linked to reduced marital satisfaction, according to a study of 1,310 married people published in the Journal of Family and Economic Issues.

In other words, if you and your partner want to be happier, it’s critical to prioritize the intangibles, such as quality time and meaningful conversation.

19. Most People Believe Everyone Except their Partner is Capable of Cheating

According to a 2015 University of Calgary study, heterosexual undergraduates believe that the average member of the other sex has a 40% likelihood of cheating on their partner.

On the other hand, those same respondents felt their partner had a 5% risk of cheating.

20. The Heartbeats of a Happy Couple Synchronize

According to research by experts at the University of California Davis, when you and your spouse look into each other’s eyes, your pulses are synchronizing behind the scenes.

The researchers discovered that the heart rates of 32 heterosexual couples who sat facing each other for three minutes were practically equal, and they believe this is due to the deep emotional and physical bond that exists between partners.

21. People Marry for a Variety of Reasons, the Most Common of Which is Love

According to a 2013 survey by the Pew Research Center, over nine out of ten Americans stated that love was a significant reason to marry, while just 28% said that financial security was an important element in whether a couple should marry.

22. Love Has a Chemical Component that Makes it Addictive

“When things are going well, [romantic love] is a strongly delightful addiction,” remarked Helen E. Fisher, a biological anthropologist at Rutgers University, in a 2006 TED Talk.

That’s because the hormones released by your brain while you’re in love are extremely euphoric, to the point that you might become addicted to love – and the person you’re in love with.

23. Cuddling is Beneficial to Your Health

There’s a reason you cherish those precious snuggling sessions.

When you and your spouse snuggle, the happiness hormone oxytocin is released, which improves your mood and well-being.

This phenomenon is so well-known that oxytocin is commonly alluded to as the “love hormone” or the “cuddling hormone.”

24. Honesty is the Foundation of a Long-Lasting Relationship

Honesty is the greatest policy when it comes to love and relationships.

25. Being in a Relationship Has a Good Impact on One’s Personality

According to the findings of a study issued in the Journal of Personality, even the most pessimistic people can change for the better with little love in their lives.

After tracking 245 young couples for nine months, the researchers found that being in a relationship unintentionally made neurotic partners more cheerful and self-confident, probably because of all the positive experiences and feelings involved with the relationship.

People may try to convince you that long-distance relationships are impossible to maintain, but the evidence suggests otherwise.

According to a study reported in the Journal of Communication, long-distance relationships are not only as successful as conventional ones, but they are also more beneficial in fostering trust and contentment among partners.

27. Love and Laughter Are Inextricably Linked

Consider watching or listening to some comedy with your partner if you want to feel closer.

Researchers determined, in a study released in the journal Personal Relationships, that couples who joked together were more accepting of one another and content in their relationship than couples who did not laugh together.

28. Men are More Likely Than Women to Fall in Love

Though women are frequently thought to be more emotional than men, a study published in The Journal of Social Psychology discovered that men are the ones who fall in love and declare “I love you” first.

The researchers speculate that this is because females are more afraid of having their hearts crushed, although they don’t know for sure why women tend to express love less than men.

29. Being in Love Can Help You Live Longer

According to a study issued in the Journal of Marriage and Family, married people were 58 percent less likely to die over eight years than those who had never married.

30. The Online Dating Industry Is Worth Billions

In the United States, the internet dating industry earns $1.8 billion annually, while the matchmaker or dating coach industry generates more than a quarter of a billion dollars each year.

So, there you have it! Thirty facts about the world of dating that everyone daring to date should know.

All we can say now is good luck! We hope you meet your match soon. 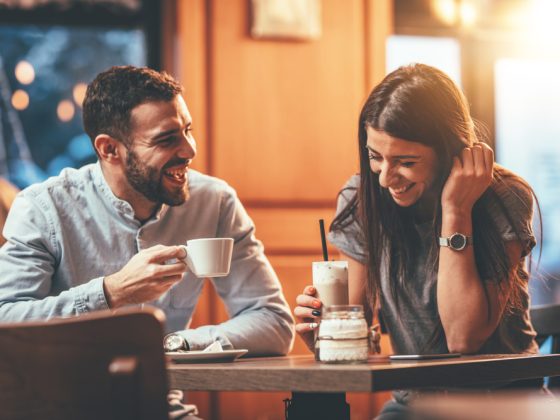 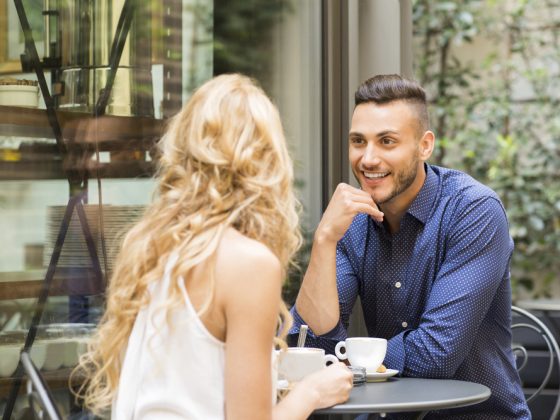 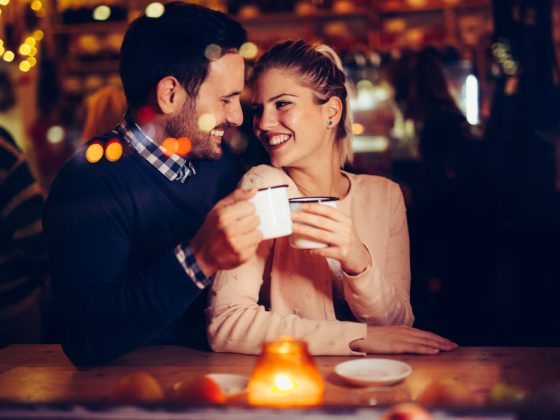 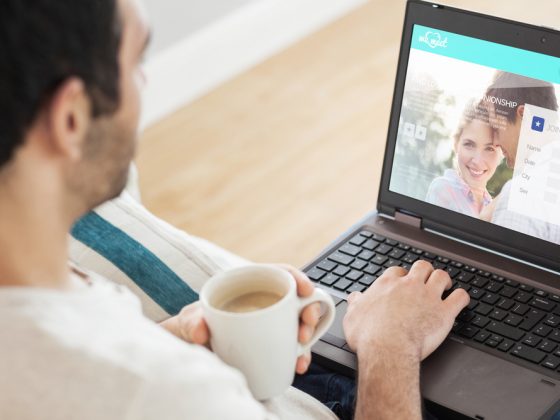