For many people, the Amish community is very intriguing, and a lot of people who aren’t familiar with their specific regulations might assume certain things about them.

Some people might assume that Amish people are uneducated and “weird’ because of their beliefs.

One thing that many people might wonder about this particular group of people is, can the Amish have multiple wives?

Amish men are not permitted to have more than one wife, as polygamy is not, nor has it ever been, part of their religious beliefs.

In fact, the Amish have some very strict views when it comes to marriage that many non-Amish people may be unaware of.

Here is an overview of some of the Amish beliefs so you can become more knowledgeable about this culture.

How do the Amish feel about divorce?

In the Amish church, marriage is considered a lifetime union, so divorce is strongly frowned upon.

Despite this fact, some Amish married couples do separate, but the church will often intervene and try to help the marriage work.

If a couple still insists on divorcing, they may be asked to leave the church.

What is required for an Amish couple to marry?

In order for an Amish couple to marry, they must both become members of the church where they plan to marry, and they must also both be baptized.

Amish couples often marry in their early 20s – which is considered quite young in other cultures – but some Amish couples do get married when they’re older.

There are no engagement rings or wedding bands in Amish communities, as they don’t believe in wearing jewelry to signify marriage or anything else.

Amish weddings are huge affairs that usually take up the entire day, and they involve a lot of people and food.

Like many other cultures, Amish weddings are held in churches. Unlike some cultures, however, weddings are treated as a regular Sunday service with the exchanging of vows taking place at the end.

Amish brides are able to choose whatever Amish color they want their wedding dress to be, and they often opt for their bridesmaids to wear the same color.

Are the Amish allowed to have sex before marriage?

The Amish are not permitted to engage in premarital sex, although it does happen from time to time.

Instead of having sex prior to marriage, Amish couples are allowed to lie down in the same room with a large board separating them while they talk and get to know each other.

Even kissing isn’t allowed until the man has at least met the family of the woman he wishes to marry.

What happens if an Amish husband or wife has an affair?

The Amish do not believe in adultery. If a husband or wife commits adultery, then it’s considered disrespectful, not only to the other spouse but to the entire community as well.

An adulterous Amish person will be required to change their ways and make amends, and in certain situations, he or she might even be shunned by the community.

Due to such harsh punishments, the Amish don’t commit adultery as often as other cultures do.

Do Amish people really live with no electricity?

While Amish communities don’t believe in having electricity running through their homes, most households have a generator that is used to power the various appliances in their homes.

The Amish also don’t believe in having phones or even cell phones inside their homes, but many of them do own cell phones that are used for strictly business purposes.

The Amish also don’t believe in owning electronics, so they have none in their homes.

Do Amish people travel outside their communities?

The Amish don’t believe in owning and driving cars, and their main source of transportation is by horse and buggy.

As a result, the Amish don’t travel a great deal simply because of the time it takes to get around this way.

The Amish do believe in being driven by others, and they will travel by car and even plane when they need to or simply want to take a vacation.

No, the Amish do not believe in utilizing any public or government services, and they create schools for their children within their own communities.

Despite not attending public schools, Amish children still have access to high-quality education, but their focus on education is different than other cultures are used to.

Are the Amish allowed to remarry if a spouse dies?

The death of a spouse is viewed differently than a couple simply requesting a divorce, and if a spouse dies, the widowed spouse is allowed to remarry if desired.

Since the Amish don’t believe in birth control, sometimes when families become blended due to remarriage, it can consist of a large number of children.

This usually isn’t a problem, because the Amish feel that the more children, the more blessed they are.

Why do some Amish men have such long beards?

Amish men must grow their beards as long as they grow, without ever cutting them. In fact, cutting one’s beard is considered a crime among the Amish community.

Men who have cut their beards within Amish communities have often been shunned and shamed.

Amish children do not graduate from high school under normal circumstances.

Most Amish children are only allowed to attend school until eighth grade, after which they’re required to work on the family farm.

While children are in school, they learn basic education such as Amish history, home economics, and farming.

Are there any violent Amish?

While there are likely a few Amish people who have become violent, Amish are pacifists, and they avoid violence at all costs.

They try their absolute best to manage any problems pertaining to their people becoming violent within their own communities, if at all possible.

However, in extreme cases, the Amish must reluctantly involve law enforcement in order to manage especially violent community members.

Yes, the Amish do like to party, but “partying” to the Amish differs from other cultures.

The Amish don’t go out dancing and drinking until they’re too drunk to make it home.

They hold what is referred to as “hoedowns,” and their teens even engage in illegal drug use at times.

Amish community members who have officially joined the church are not allowed to drink.

However, those who have not joined the church are permitted to drink alcoholic beverages.

There are no bars, pubs, or clubs in Amish communities, as the Amish who do drink do so in small groups at someone’s home.

Do the Amish force every Amish person to remain in the community?

The Amish do not force people to remain in the Amish community.

In fact, at the age of sixteen, a girl or boy is allowed to engage in activities that would normally be prohibited, like purchasing traditional clothes, buying a car, and going to movie theaters.

This is referred to as Rumspringa, and after this experience, ten percent of teens decide not to return to the Amish community so they can continue to live with certain freedoms.

As you can see, life in an Amish community is quite different than life in other cultures. There are some similarities, although not very many.

As long as people respect the Amish and refrain from bothering or disrespecting them, then everyone can live their lives in harmony. 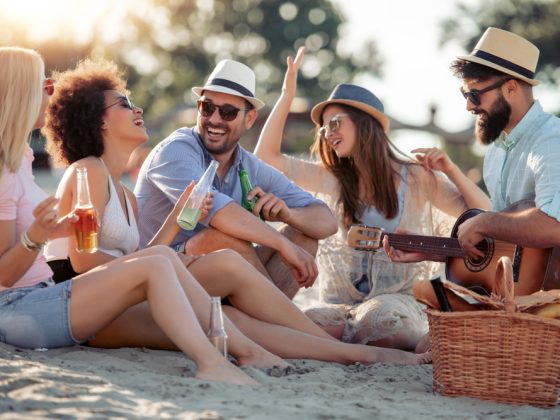