The enemies-to-lovers trope is one of the oldest in movie history, as well as in literature.

It’s a familiar pattern – boy meets girl, girl hates boy, boy can’t stand girl, they antagonize each other and disagree on everything, until one day, they realize they’ve fallen in love.

Movie audiences seem to love this type of movie. There’s something really endearing about it – proof that you can find love anywhere.

Movies like this serve as a reminder that first impressions aren’t always correct and that opposites do attract.

It’s pretty crazy to think that even the most disastrous of couples could turn out to be perfect together.

These movies usually serve as a reminder not to judge someone by your first impression of them, and to always give love a second chance.

Here are the 10 best movies about love/hate relationships. Spoilers ahead!

This classic rom-com starring Kate Hudson and Matthew McConaughey might not have the highest Imdb.com rating, but it’s a must-watch.

When advice columnist Andie gets assigned a new piece, she pushes the boundaries of research by going after a confident bachelor.

What follows is an absurd series of situations, in which she acts like the worst girlfriend possible (clingy, childish, jealous, needy), while he turns on his most charming self to try and keep her.

It really is hilarious how incompatible they seem!

In the end, they both realize that they were both behaving the way they were because of bets at work, but in between the craziness, they also fall for each other.

This undemanding rom-com will leave you with a smile on your face. If you are a believer in serendipity, this film might just confirm that life is full of surprises and that things will always work out just the way they should.

Leap Year stars the charming Amy Adams whose character is frustrated by yet another year that’s passed without a marriage proposal from her boyfriend.

Following an old Irish tradition that allows women to propose on February 29th, she travels to Ireland to surprise her partner.

On the way, she meets local man Declan (played by Matthew Goode) who is everything she would never fall for.

Somehow, he might just be the path to true love for her.

In this adorable rom-com, two overworked assistants come up with a cunning plan to get their workaholic bosses off their backs by setting them up together.

While they are busy setting up their bosses, however, destiny sets them up.

Despite having many reasons to dislike one another, these two clearly have strong chemistry.

One of the biggest classics when it comes to love/hate relationships is, of course, Jane Austen’s beloved 19th-century novel Pride & Prejudice. Many a generation of women grew up longing for their Mr. Darcy.

The premise of the movie (which follows the novel closely) is simple: Elizabeth Bennet is one of five sisters who must be married.

These two shouldn’t be together. They can barely stand each other. Elizabeth has too much prejudice against Darcy, and he has too much pride to admit his follies.

Despite their differences, they learn to understand each other and fall in love.

Played beautifully by Keira Knightley and Matthew Macfadyen, this is a must-watch, not least for the beautiful English countryside and powerful soundtrack.

When Me Before You came out, audiences were skeptical as it featured renowned Game of Thrones actress Emilia Clarke in a rather unusual comedic role.

How wrong they were! The romantic drama is based on the bestseller by Jojo Moyes and tells the story of the unlikely bond between Lou Clark and Will Traynor.

Once a successful banker, Will is disabled due to a motorcycle accident.

Lou is hired to help look after him and is everything that he wishes to be away from – colorful, loud, positive.

Lou takes it upon himself to remind Will that life is worth living, that there are many adventures he can still enjoy and things to look forward to.

An unusual couple, to say the least, these two begin to fall in love as the movie progresses and accept each other’s differences without judgment.

Beauty and The Beast, starring Emma Watson, has been named one of the best live-action movies in recent days.

There isn’t a person alive who doesn’t know the classic Disney story of the beautiful bookworm Belle and the terrifying Beast.

The moral of this story is that there is beauty to be found even in the ugliest of places – or people – and that you shouldn’t judge a book by its cover.

Perhaps one of the most well-known movies about a love/hate relationship is this 1999 romantic comedy starring Heath Ledger and Julie Stiles.

Loosely based on Shakespeare’s play, The Taming of The Shrew, this rom-com holds up wonderfully against the test of time and is just endearingly funny in 2022 as it was two decades ago.

The main character Kat is the perfect teenage feminist, who many girls looked up to back in 1999.

Patrick (played by the late Heath Ledger) manages to sweep Kat off her feet by the end of the movie.

“You make me wanna be a better man!” – Jack Nicholson famously professed to Helen Hunt in this 1997 comedy, and that line will surely withstand the test of time.

It’s one of the most romantic lines ever said in a movie, mainly because it signaled the huge change Jack’s character goes through.

Misanthropic, homophobic, and generally not very nice author Melvin meets a single mom and waitress Carol, and his life is forever changed.

Carol is the only waitress in a café who can seemingly tolerate his sense of humor.

What starts as a complicated relationship between two very different people turns into true love by the end of the movie.

This movie is a classic enemies-to-lovers story. Baby (Jennifer Grey) and Johnny (Patrick Swayze) start off hating each other, as they are polar opposites, but circumstances force them to work together.

As they start to train for a dance competition, they mainly frustrate one another, but soon enough their chemistry kicks in.

They grow to care for each other truly. Despite the relationship seeming a little dated now, their dance routine remains iconic.

Based on Nicholas Sparks’ novel of the same name, this is the story of Jamie and Landon, who fall in love despite all odds and despite Jamie’s terminal leukemia.

The tearjerker story portrays young love beautifully and serves as a reminder that life should be lived every single minute because it’s too short to waste. 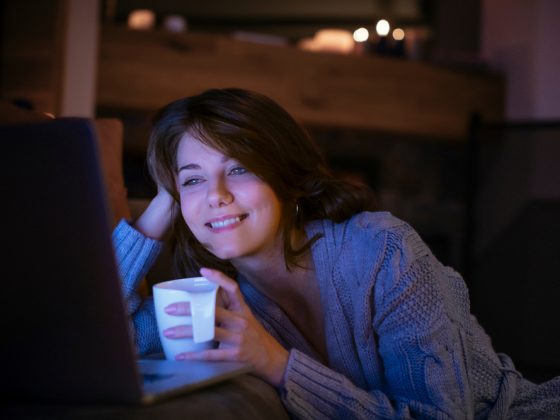 11 Movies to Watch to Boost Your Self-Confidence 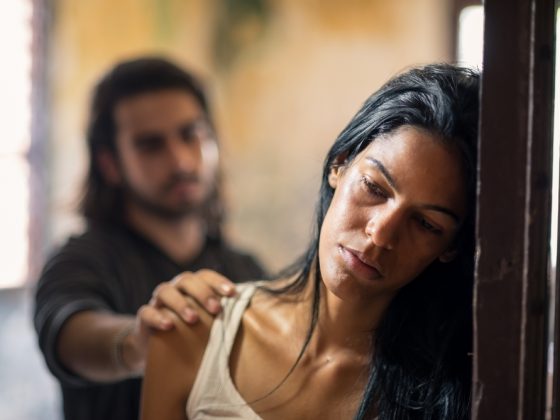