The powerful Aries man can sometimes appear to be a real walking contradiction since he’s equal parts fearless warrior and undisciplined child. He wants to be in charge – but also loves a woman who can take charge.

As the first sign of the zodiac, Aries loves to be a boss and be the center of attention. Ruled by the planet Mars, the Aries man can be really stubborn and stuck in his ways, but he’s definitely someone you’d like to get to know better.

His mantra for life can easily be summarized with the Latin saying “Carpe diem” (“seize the day!”). This man is just full of life, energy, and zest – and can certainly show you a good time. All you have to do is show him you’re his match! You shouldn’t be afraid to challenge him; he’ll love that.

Let’s take a look at the Aries man in a nutshell. These 14 personality traits and characteristics will help you tame the wild ram you’ve got your eyes on!

This man is strong, bold, and determined. Forget about taming him or telling him what to do – at least at the start of your relationship. He’s confident and he knows his worth, so it’ll take quite the woman to tame him and make him settle down.

That’s all the better for you – because he seeks a partner who knows her worth. If he’s in love with you and lets you tell him what to do (literally), you know he is in it for the long haul. This man won’t let anyone tell him what to do, so the mere reason he’d let you, says a lot about his feelings for you

He’s not afraid to explore the unknown. In fact, he embraces uncertainty in everything he does. He’s focused on reaching his goals and milestones, and failure simply isn’t part of his vocabulary. He’ll naturally make his partner excel too. He just won’t back down until he sees her shine.

This man is a great ally to have in your life. He’ll show you a good time and will help you reach your goals. He won’t sugarcoat things for you, which will help you know exactly where you stand.

He can be a little self-centered and too focused on his own needs at times, which may cause him to make rash decisions. When he’s got his mind set on something, though, he pursues it with pure determination and tenacity. If you are that “something”, trust that he won’t just change his mind about you. He is in it for the long run.

Be careful trying to persuade him to change his mind or pick up a debate with him out of nowhere. You’d likely lose or end up feeling incredibly frustrated because his arguments are a lot stronger than yours. He’s a know-it-all and can be really stubborn about his thoughts and ideas.

If you argue with him often, he’ll get upset and start to question your intentions. Why would the woman he loves be the one to challenge and confront him?

The Aries man loves a bit of competition and thrives on coming first. He isn’t unreasonable though; he simply wants to be number one in his chosen field. He sees competition as an adrenaline boost, and likes competing for the sake of it.

He isn’t obsessed with always coming first but would prefer if he did. Aries men are usually great at sports because they’re relentless in their preparation and discipline.

He’s highly competitive and hardworking and he doesn’t believe in defeat. The person he competes with the most is actually himself. He wants to be the best version of himself – and the woman next to him needs to give him the space he needs to do that.

If you see him focused on a challenge, just accept that he needs to do it on his own terms. It’s okay if you don’t want to see him win, but this isn’t about you. It’s about who he is as a man, and that goes beyond the support you can give him as a romantic partner.

You can’t be ruled by the planet Mars and not be full of energy, zest, and enthusiasm for life. This energy is apparent in everything an Aries man does – and it’s truly unstoppable. Aries men are active, energetic, and always up for something new. They love a challenge and love to bring their passion to everything they get their hands on.

Maintaining a certain level of enthusiasm about life can be a challenge, so his partner needs to make sure she can surprise him and keep him on his toes. An Aries man isn’t happy with the same old routine or the status quo; he always needs something new and exciting.

There’s no middle ground when it comes to an Aries man. He’s one of the extremes, and he won’t be changing any time soon (or ever). He seeks a powerful match who can almost outspeak him – otherwise, he won’t respect her. The more you challenge him, the more he gets fired up.

He can appear reserved, aloof, and almost indecisive – but once he makes his mind up about a woman he’s dead set on winning her heart. That’s when he can appear jealous out of nowhere, which is a surprise for an otherwise confident woman.

With his idealistic and impulsive traits, the Aries man tends to dream big and be future-focused in all areas of his life. He can entertain abstract ideas and theories for hours, which is marvelous to observe. He reads complex literature and can discuss complex ideas. He certainly doesn’t shy away from difficult topics.

Do aliens exist? Bring it on…

The future of humankind? Let’s take a deep dive.

Is the Earth flat? Who said it’s round anyway?

If you want to spend a few hours talking about all sorts of topics with a man, the Aries man is up for the job. He won’t get exhausted and would gladly answer your confusing questions. These 13 Different Kinds of Conversations to Have With your Boyfriend are sure to keep him interested!

This star sign has entrepreneurship deep within his heart and is ready to invent things, come up with solutions and think of big ways to change the world. His brilliance knows no bounds. He feels a sense of urgency when it comes to achieving his goals and chasing his next career milestone.

He knows the world is a vast place that is yet to be explored, and he’d be happy spending the rest of his life doing just that. Are you up for joining him on his quest?

Once this man meets the love of his life, he’ll involve her in every aspect of his life. It’ll be the most natural thing for him. In fact, he’s won’t ever put friends, work, or other activities before his loved one.

You can trust that this man is a true gentleman, and he somehow always knows what a woman wants. It’s like he can read her mind.

He respects and pampers the woman he loves as much as possible, and there can never be too many date nights with him. He’s caring, kind, and affectionate – which always goes a long way.

The Aries man tends to express his love through touch. He might not be a man of many words, but once in love, he’s all over his partner and can’t get enough. He’ll grab her bottom as she walks past, stroke her hair in bed, touch her cheek, and kiss her as often as he can.

He feels loved knowing that she wants to touch him and be as close to him as possible. Physical affection is of great significance to him; it’s his love language (the way he feels truly loved).

Aries men are adventurous in all aspects of life, including in the bedroom. He wants to be surprised and desired. He seeks novelty, fun, and excitement. He can’t be with a woman who’s too much of a homebody; the match just won’t work no matter how wonderful she is (click here to find out which star signs are compatible with this fiery man!).

For Aries, home is just a place to crash, change clothes and sleep for a bit – but not more than that. There’s too much to explore outside of the home for him to stay on the couch for days.

As a sun man, Aries is fiercely independent and won’t be tied down easily. He enjoys spending time alone and working on various projects. He doesn’t need to talk all the time or be surrounded by people. He’s certainly more than content being on his own.

Give him the space he desires, and he’ll really appreciate it. He doesn’t want to be tied down with high expectations, and he definitely doesn’t want to fit inside a box or be pigeonholed. He’s got too much respect for himself and his needs to allow that.

The Aries man appreciates a good compliment and wants to believe that he looks his best for the woman he’s with. He’ll spend hours choosing the right outfit and is unapologetic about it. It’s all about putting his best foot forward.

Above all, flatter him about his intelligence. He wants to know that he makes sense, that he’s being heard, and that others accept his thinking and ideas.

The way to his heart is certainly through his stomach. He loves mildly spicy to hot flavored dishes and enjoys everything from cayenne, mustard, and capers to onion, garlic, and salsa.

If you can cook up a storm in the kitchen, he’ll be all yours. Surprise him with a home-cooked meal and get him to take a sneak taste of the sauce. Try some of these 30 Best Romantic Meals and you’ll easily win his heart!

Then, next time, tell him he’s in charge of the meal – and watch him surprise you. He’ll likely take a long time choosing a recipe, buying ingredients, and setting up the cooking scene – but in the end, it’ll all be worth it.

He doesn’t believe in failing, and that includes the kitchen – so whatever he cooks will surely be a masterpiece.

The Aries man is an intelligent being – so don’t try to debate with him on a topic you don’t know much about. You’ll probably lose! It may seem like Aries man is a know-it-all, but the truth is, he spends a lot of time building up his knowledge – so it’s only natural that he’ll fight his corner.

He doesn’t mean to come across as arrogant or confrontational; he just wants you to see his point of view.

One of his greatest qualities is his loyalty. It’s absolutely undeniable. He’s a great friend, a great son, and an amazing lover. He’s committed to the ones he loves and respects – and would go to battle to defend them.

It does come with a downside too, though: if someone betrays his trust, he’ll remember it for years – and won’t find it easy to forgive. Once lost, his trust is hard to get back.

The Aries man can be a joy to love, and often the most stubborn man you could date – but he’s a keeper, nonetheless. A devoted partner, passionate lover, and a great father – he’s got so much potential you will struggle not to fall in love with him.

These Top 15 Sexiest Celeb Aries Men really embody all the Aries personality traits above. Are any of them your type? 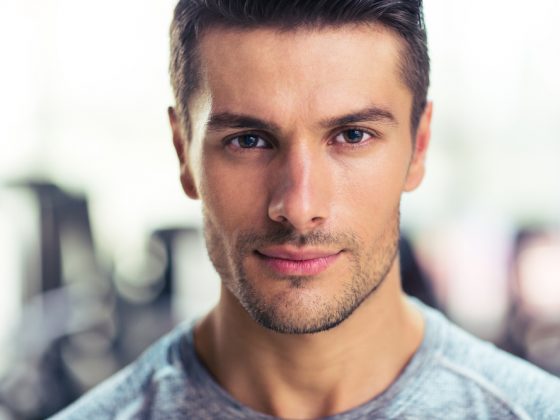 8 Things You Should Know Before Dating an Aries Man 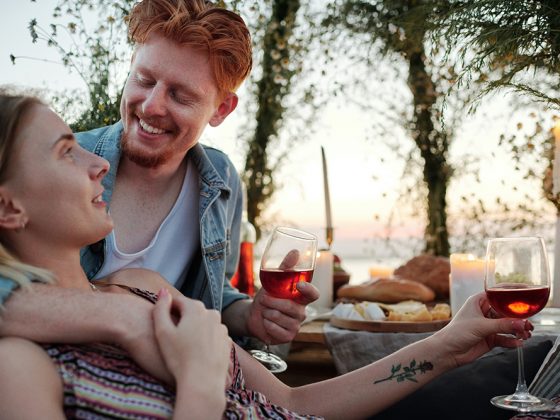 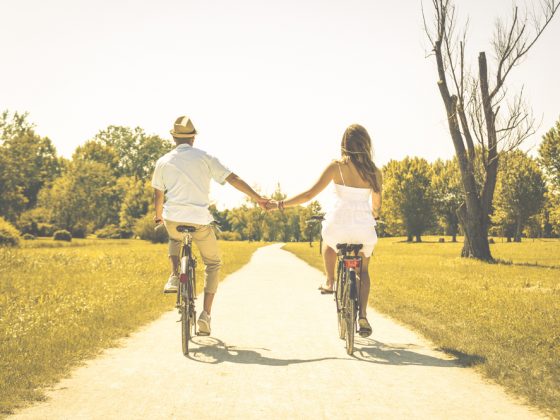 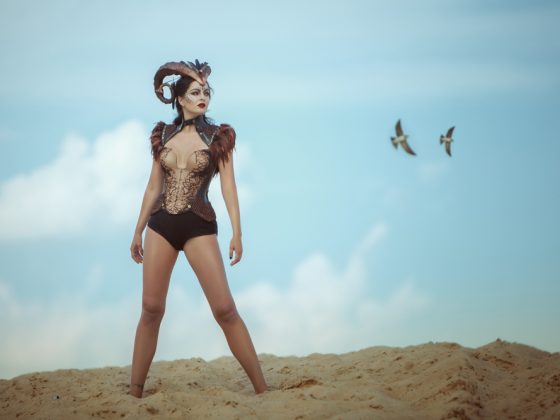 Best Matches for an Aries Woman